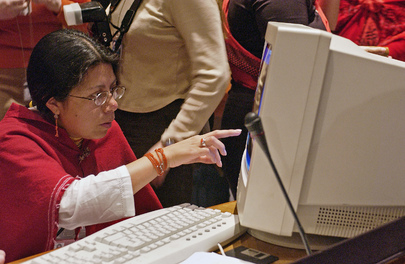 Data collection was identified as an urgent priority by the Permanent Forum on Indigenous Issues at both its first and second sessions. Following a recommendation at its second session, an Expert Workshop on Data Collection and Disaggregation for Indigenous Peoples was convened from 19 to 21 January 2004 in New York. The Workshop was attended by 36 experts from the United Nations system and other intergovernmental organizations, Governments, indigenous organizations and academia. The Workshop discussed a number of case studies and examined challenges and made recommendations concerning data collection and disaggregation of indigenous peoples.

A variation in the definitions of “indigenous” could pose a problem in collecting data. There are regional differences of opinion when it comes to the concept of “indigenous” and the terms “tribal” or “ethnic group”. Within the context of the Declaration on the Rights of Indigenous Peoples (UNDRIP) it was decided not to adopt any formal definition of the term, and self-identification was agreed.

Collecting statistics based on indigenous languages is useful, but languages do not give a complete picture of the indigenous population, especially as languages are lost following urbanization, discrimination and other factors.

Standard forms of questions used do not always accurately reflect the situation of indigenous peoples — for example, indigenous family and social patterns are sometimes very different from the profile of the rest of the population.

Due to increasing migration, indigenous peoples who move to other countries (either voluntarily or as result of expulsion or fleeing conflict) are often faced with the dilemma of no longer having the opportunity of identifying as indigenous in their new country of residence.

Finally, the fact that indigenous peoples often reside in areas affected by war and conflicts pose an additional challenge in terms of data collection.

In all relevant data collection exercises, questions on indigenous identity with full respect for the principle of self-identification have to be included. It is important to develop multiple criteria with local indigenous peoples’ active and effective participation to accurately capture identity and socio-economic conditions.

Indigenous peoples should fully participate as equal partners, in all stages of data collection, including planning, implementation, analysis and dissemination, access and return, with appropriate resourcing and capacity-building. Data collection must respond to the priorities and aims of the indigenous communities themselves. Participation of indigenous communities in the conceptualization, implementation, reporting, analysis and dissemination of data collected is crucial, at both the country and international levels. Indigenous peoples should be trained and employed by data-collection institutions at the national and international levels.

Data collection exercises should be conducted in local indigenous languages to the extent possible and, where no written language exists, should employ local indigenous persons (as translators/interpreters as well as advisors) to assist in the collection process.

The rights-based approach to development requires the development of a conceptual framework for rights-based indicators that are relevant to indigenous and tribal peoples. It should take into account not only a process of full, active and meaningful participation of indigenous and tribal communities at all stages of data collection, but also indicators that are of particular significance to indigenous peoples, such as access to territories (land and waters) and to resources, participation in decision-making, as well as issues of discrimination or exclusion in the areas of economic, social and cultural rights. Rights-based indicators to be used for data collection and disaggregation on indigenous peoples should be capable of reflecting the current status of the realization of their human rights, be useful in policy articulation and prescription and should measure both the process and the outcome of development activities. They should be able to measure dimensions of the process of the realization of human rights, such as participation, nondiscrimination, empowerment and accountability.

In analyzing data, the full diversity and demographic profile of indigenous communities should be taken into account, including gender, children, youth and older persons, as well as people with disabilities. It should be also borne in mind that indigenous peoples live not only in remote and rural areas, but also in urban areas and in a wide variety of situations in various countries, and that these peoples are often divided by national borders.

Data collection should include (but not be limited to) capturing the statistics of nomadic, semi-nomadic and migrating peoples and peoples in transition, as well as displaced persons and capturing information on particularly vulnerable sections of indigenous and tribal peoples.

The process of data collection is critical for the empowerment of the communities and for identifying their needs. Indigenous communities should have the right to have data (primary and aggregated) returned to them, for their own use, noting the importance of the confidentiality of such data, particularly as it applies to individuals who have participated in conducting data-collection exercises.