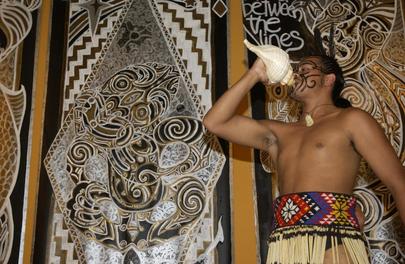 Keepers of knowledge. Indigenous peoples have, over the course of  generations, developed rich sets of knowledge about the natural world, health, technologies and techniques, rites and rituals and other cultural expressions. Culture is one of the six mandated areas of the Permanent Forum and is inextricably linked to indigenous peoples’ identity, their traditional knowledge, their experiences with the natural environment and hence their territorial and cultural rights. Cultural practices, traditions and  values of indigenous peoples – as long as they are in line with  human rights principles – can play a critical and positive role in advancing and promoting gender equality  and human rights. Although culture  was not explicitly mentioned in the Millennium Development Goals adopted in 2000, it has been widely acknowledged as a key element to be taken into account in order to achieve the development goals set by the international community.

Indigenous cultures threatened with extinction. The importance of land and territories to indigenous cultural identity cannot be stressed enough. However, indigenous peoples have continued to experience loss of access to lands, territories and natural resources. The result has been that indigenous cultures today are threatened with extinction in many parts of the world. Due to the fact that they have been excluded from the decisionmaking and policy frameworks of the nation-states in which they live and have been subjected to processes of domination and discrimination, their cultures have been viewed as being inferior, primitive, irrelevant, something to be eradicated or transformed.

Dying languages, damaging communities. While some indigenous peoples are successfully revitalising languages,many others are fighting a losing battle, where languages are simply no longer passed from one generation to the next. Most governments are aware of this language crisis but funding is often provided only for the recording of languages, while limited funds are diverted to language revitalization programmes. Language, furthermore, is not only a communication tool, it is often linked to the land or region traditionally occupied by indigenous peoples; it is an essential component of one’s collective and individual identity and therefore provides a sense of belonging and community. When the language dies, that sense of community is damaged.

Traditional food lengthens life. It is now emerging that indigenous peoples’ overall health, well-being and cultural continuity are directly related to their ability to consume their traditional foods and continue their traditional food practices. This realization has led to calls to governments to incorporate culture into the development of sustainable agriculture, food systems and related practices, policies and programmes that respect and support the well-being of indigenous peoples.

Read more about the 2019 International Year of Indigenous Languages on the UNESCO website or watch our videos about indigenous languages.