19 Apr 2015 - Justice for all was a critical key to the success of the new sustainable development goals and an invaluable tool to fight criminal activities, terrorism and violence threatening communities around the world, delegates heard as the thirteenth United Nations Congress on Crime Prevention and Criminal Justice concluded today [English / French]

Interview with Mr. Yury Fedotov, Secretary of the Congress and Executive Director of the UN Office on Drugs and Crime (UNODC)

19 Apr 2015 - UN Radio interview with Mr. Yury Fedotov, Secretary of the Congress and Executive Director of the UN Office on Drugs and Crime (UNODC) following the Closing of the Thirteenth United Nations Crime Congress in Doha.

19 Apr 2015 - A look back at some of the key moments from the 13th UN Congress on Crime Prevention and Criminal Justice in Doha, a vital milestone on the road to sustainable development.

19 Apr 2015 - Statement by Mr. Yury Fedotov, Secretary of the Congress and Executive Director of the UN Office on Drugs and Crime (UNODC) at the Closing of the Thirteenth United Nations Crime Congress in Doha [Read the closing statement]

18 April 2015 – United Nations officials gathered at the UN Crime Congress under way in Doha, Qatar, today called on Member States to take action and implement the new international standards on the elimination of violence against children adopted late last year, stressing that such violence continues to have a devastating effect on children, families, and society as a whole. [English / French]

18 April 2015 – This is a critical year for development as countries hammer out a new, post-2015 development agenda. At the 13th Crime Congress, taking place in the Qatari capital of Doha - from 12 to 19 April 2015 - policymakers and experts from around the world have joined forces with the UN, inter-governmental and non-governmental organizations to chart a new course for crime prevention and rule of law in support of sustainable development.

The Voice of the Youth

18 Apr 2015 - UN Radio interviewed a group of young people from all around the world working with the UN during the 13th UN Congress on Crime Prevention and Criminal Justice.

Patrick Fox (UNICRI) on the rehabilitation of violent extremist offenders

18 Apr 2015 - The United Nations Inter-regional Crime and Justice Research Institute (UNICRI) organized an event on the rehabilitation of violent extremist offenders during the 13th UN Congress on crime prevention and criminal justice in Doha.

Pictures of the 13th UN Crime Congress in high resolution

18 Apr 2015 - Access and download the latest pictures of the Crime Congress in high resolution. All the pictures are available for broadcasters and journalists, please credit: Photo/ UN DPI

17 April 2015 – Efforts to tame the fast-growing cybercrime threat took centre stage at the United Nations Crime Congress under way in Doha, Qatar, as a diverse group of experts in eth field urged strong partnerships between the public and private sectors to create a safer digital landscape. [English / French]

Ideology of violent extremist offenders can be reversed in prisons

17 April 2015 – Prisons could be places where the ideology of violent extremists could be reversed, according to the UN Interregional Crime and Justice Research Institute (UNICRI).

16 Apr 2015 - Interview with Ms. Mona Rishmawi, Chief of the Rule of Law, Equality and Non-Discrimination Branch. During the UN Congress on Crime Prevention and Criminal Justice in Doha, Ms. Rishmawi spoke to UN Radio about issues, including children in the justice systems and police reform.

16 April 2015 – With over 10 million people in prisons worldwide, prison overcrowding has reached epidemic proportions in many countries, a senior official from the United Nations Office on Drugs and Crime (UNODC) said today at the 13th UN Congress on Crime Prevention and Criminal Justice. [English / French]

16 April 2015 - Weighing in on the vital importance of the world’s cultural artifacts and the illegal trade that endangers them, experts at an event held at the United Nations Crime Congress, under way in Doha, Qatar, urged Member States to use the existing legal instruments to fight this crime and stressed the importance of raising awareness [English / French].

The nexus between crime and development

16 Apr 2015 - UN News Centre interview with Ms. Anna Paolini, UNESCO Representative in the countries of the Gulf and Yemen on preventing and countering illicit trafficking of cultural property.

Remarks by Mr. Yury Fedotov (UNODC) at the Countering Narcotics Trafficking on the High Seas in the Indian Ocean

15 Apr 2015 - The increased presence of naval forces to counter the threat of terrorism in the Indian Ocean region has resulted in significant seizures of Heroin consignments over the last two years. The Combined Maritime Forces (CMF) has played a leading role in disrupting the southern route trafficking. The most significant drawback to countering narcotics trafficking on the southern route is impunity from prosecution when detected on the high seas.

15 Apr 2015 - UN Radio interview with Avril Calder, President of the International Association of Youth and Family Judges and Magistrates (IAYFJM) on children's right and their protection in the judicial system. 15 April 2015 – The United Nations Office on Drugs and Crime (UNODC) announced today a new partnership with the International Centre for Sport Security (ICSS) to help strengthen cross-border investigations into match-fixing and manipulation of sports competitions, as well as bolstering measures to prosecute offenders. [English / French] We must take the fight to the traffickers along maritime routes, says UNODC Chief

15 April 2015 - The Indian Ocean could become a haven for criminal activity participants, heard today at an event held at the 13th Crime Congress for Crime Prevention and Criminal Justice in Doha.

15 Apr 2015 - Informal comments by Mr. Yury Fedotov, Secretary of the Congress and Executive Director of the UN Office on Drugs and Crime (UNODC) following the tragic deaths of migrants off the coast of Libya.

15 Apr 2015 - Remarks by Mr. Yury Fedotov, Secretary of the Congress and Executive Director of the UN Office on Drugs and Crime (UNODC) at a special event organized by UNODC and the International Centre for Sport Security (ICSS) on Match-Fixing Cases.

Moving Away From the Death Penalty: Arguments, Trends and Perspectives

14 April 2015 – This panel discussion examines the human rights dimensions of the application of the death penalty in cases of drug-related offences and terrorism offences, to share experiences from regions in which States invoke the death penalty when confronted with public concerns over drug trafficking, terrorism and public safety, and to discuss crime prevention strategies so as to reduce the fear of crime, including human rights education regarding long-term solutions that could more effectively tackle such crimes and its root causes. 14 April 2015 – With human trafficking now a global criminal enterprise generating billions of dollars every year, United Nations officials stressed today during a high-level event at the UN Crime Congress in Doha, Qatar, that victims of the crime need broad based assistance for their recovery. 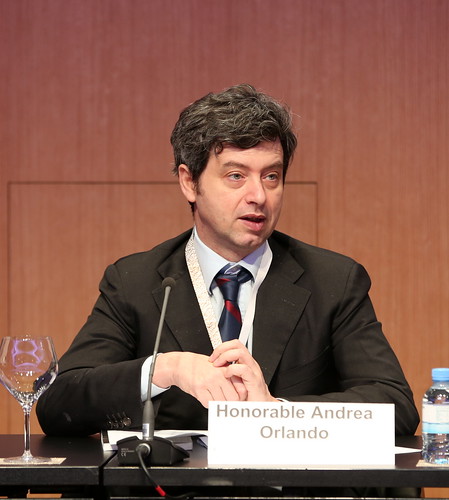 14 April 2015 - As the 13th United Nations Congress on Crime Prevention and Criminal Justice continued its work in Doha, Qatar today, high-level UN, academic and Government experts at a panel discussion on death penalty advocated moving away from the punishment as there is no empirical evidence that it deters crime.

13 April 2015 – With wildlife and forest crimes on the rise, yielding enormous profits for criminal networks, United Nations high-level officials at a major anti-crime meeting under way in Doha, Qatar, stressed the gravity of the scourge, saying that it fuels violence, corrupts supply chains and undermines the rule of law. [English / French] Interview with Mr. Sam Kutesa (President of the General Assembly)

13 April 2015 – Interview with the President of the sixty-ninth session of the United Nations General Assembly. Mr. Kutesa spoke on different issues, including the rule of law, the crime against wildlife and the importance of the Doha declaration.

Interview with Rosi Orozco, Chairwoman of the Comittee United Against Human Trafficking (Mexico)

13 Apr 2015 - UN Radio Interview with Rosi Orozco, Chairwoman of the Comittee United Against Human Trafficking. The Committee is an umbrella organization for some 90 NGOs that provide support, protection and shelter to human trafficking victims. In her remarks, Orozco describes the current situation of human trafficking in the country.

In Qatar, UN forum to discuss link between crime prevention and sustainable development

9 April 2015 – Ahead of a major summit in New York in September on the future global development agenda, the 13th United Nations Crime Congress will convene in Doha next week to discuss the links between crime prevention, security, justice and sustainable development.