The United Nations Regional Centre for Peace and Disarmament in Asia and the Pacific (UNRCPD) is assisting Nepal’s Ministry of Education to build the capacity of curriculum developers and textbook writers to integrate peace and disarmament education into Nepal’s school curricular materials. Launched in 2013 in post-conflict Nepal, this project reinforces efforts to cement peace at the national level by helping children and teachers understand and adopt non-violent ways of dealing with conflict, and ultimately change their behavior.

In December 2014, UNRCPD launched Phase II of the Project – this time partnering with UNESCO Nepal, which brings with it a wealth of knowledge and expertise on peace education. In addition to building capacities of curriculum and textbook writers to develop PDE materials, Phase II of the Project will also build teachers’ capacities to use PDE materials in Nepal’s classrooms. At this stage while working with Nepal’s Ministry of Education and UNESCO Nepal, UNRCPD intends incorporate peace and disarmament contents into the national curriculum and textbooks, and thus reach more than 300,000 children per year.

In the framework of the project, UNRCPD and the Curriculum Development Center (CDC) of the Ministry of Education conducted a three day Peace and Disarmament Education workshop on 27-29 January in Kathmandu. Forty participants, including twelve newly selected text book writers and subject experts, were invited by the CDC and participated in developing practical cases for inclusion in curricula and text books.

During the workshop, writers were divided into smaller groups and asked to draft PDE lessons and activities for grade 9 Nepali school children (13-14 years old). UNRCPD assisted this process with on the spot mentoring for the textbook writers. Fifteen new lessons were designed that include PDE content. These lessons will benefit students across Nepal by providing them with improved peace and disarmament education.

Participants were addressed by the Deputy Inspector General from Nepal’s Armed Police Force, a senior officer from UNESCO Nepal together with the directors of CDC and UNRCPD, who spoke about the importance of peace and disarmament education in both the international and Nepalese context whilst highlighting the role of students in peace, disarmament and security issues.

Peace and disarmament education, as presented by UNRCPD, stresses the important role students can play in bringing about a culture of peace and security, encouraging them to think critically and to take action for peace and security through different activities. UNRCPD presented different regional examples on how peace and disarmament education has been integrated into curricular and educational materials while also sharing lessons learnt from countries like Sri Lanka, Cambodia and Afghanistan. Combining this workshop with ongoing mentoring, UNRCPD is continuing its assistance to writers. 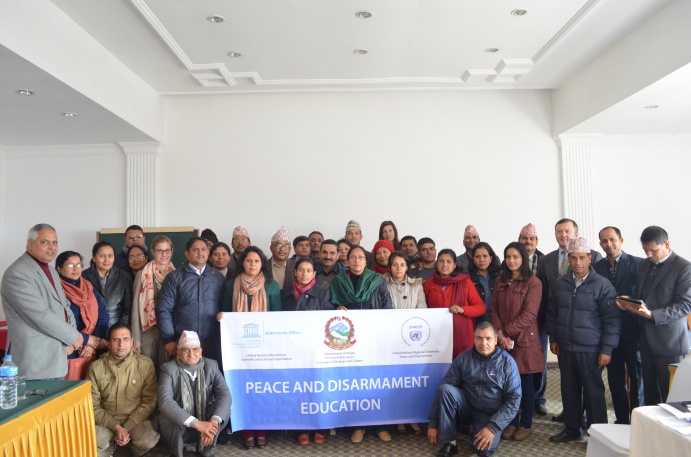 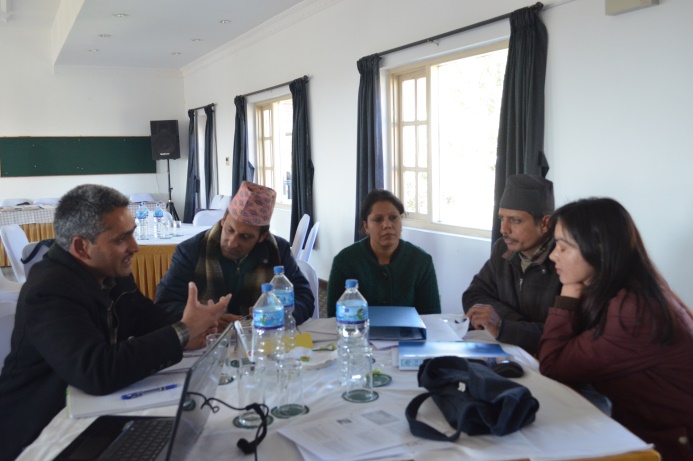