IEDs are generally assembled outside of military production or mainstream commercial channels by individuals or groups. The United Nations defines an IED as “a device placed or fabricated in an improvised manner incorporating explosive material, destructive, lethal, noxious, incendiary, pyrotechnic materials or chemicals designed to destroy, disfigure, distract or harass” which “may incorporate military stores, but are normally devised from non-military components” (International Mine Action Standard (IMAS) 04.10 3.137; see also IATG 01.40:2015) Bomb makers strive continuously to alter the characteristics, functioning or delivery context of a device.

IEDs generally consist of a switch, power source, initiator, container and explosives. Initiation methods include time-controlled, command-initiated, radio-controlled, and victim-operated systems. Main charges can be drawn from commercial or military explosives. Casings can range from soda cans, plastic bags, pressure cookers and shoeboxes to suicide vests, gas cylinders and trucks. In some instances, booby traps meet the definition of an IED as well.

IEDs can be statically deployed or hand-launched, delivered by vehicle, boat, aircraft, or rocket launcher or by mail or strapped to a person or animal. 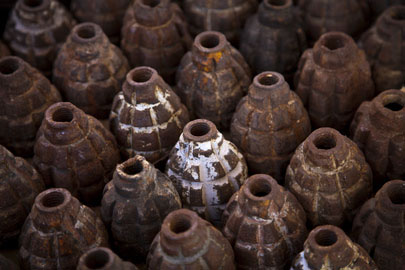 IED components can be sourced from conventional munitions, such as artillery shells, mortar bombs and landmines, which are found in government and non-state actor stockpiles and abandoned military positions, and in explosive remnants of war both in conflict areas and where active hostilities have ceased.

Effectively addressing the sourcing of military components entails ensuring that surplus munitions are systematically identified and disposed of, stockpiles are secured, and explosive remnants of war are cleared. 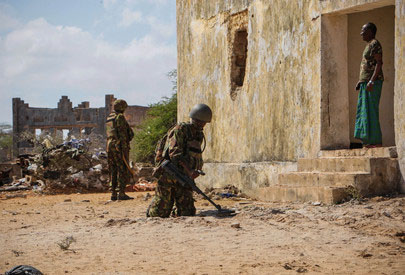 Often, the components used in IEDs are easily-obtainable commercial goods, such as fertilizer, bleach (peroxide), nail polish remover, brake fluid, herbicides, disinfectants and cleaning solvents. Their trade, transfer and storage are typically subject to a lesser degree of scrutiny and regulation than the transfer and storage of munitions.

Commercial explosives and detonators for mining and construction are also sought-after components. IEDs may be packed with additional materials, such as nails or ball bearings, to enhance fragmentation.

Enhancements may also include copper plates, which can threaten the integrity of armoured vehicles and pose a particular threat to peacekeepers.

Research on IEDs has not revealed direct transfers of commercial goods from legal manufacturers to armed groups. Rather, small local trade entities, having obtained dual-use goods from regional distribution companies, appear to be the weakest link in the chain of custody.

Effectively addressing the sourcing of commercial components means ensuring that commercial explosives are regulated in conformity with international law; businesses involved with commercial goods that can form components of IEDs are recurrently made aware of the risks of their trade and of effective measures to lower those risks; and government and industry engage in international coordination and cooperation.