This September marks another opportunity for the enforcement of African Union Decision 645 (XXIX) to reduce illicit flows of small arms and light weapons, strengthen ties between communities and law enforcement, and ultimately make everyone on the continent safer. During the September Africa Amnesty Month (SeptAAM2020), everyone can hand in illicitly owned weapons and contribute to reducing the number of uncontrolled small arms on the continent.

The success of this month-long campaign requires action by governments, civil society organizations, communities, and individuals. This is why Burkina Faso, the Democratic Republic of the Congo, the Central African Republic, Kenya, Côte d’Ivoire and Cameroon are calling on their youth to join the “Your Voice Matters – What is your Slogan for the Africa Amnesty Month” contest. The United Nations, through the United Nations Office for Disarmament Affairs (UNODA), and the African Union Commission are jointly supporting the national authorities of these countries in their activities for the upcoming amnesty month.

In 2013, African States collectively agreed to “Silencing the Guns in Africa by 2020”, striving to end all conflicts, build sustainable peace and sow sustainable development on the continent. To help silence the guns, in 2017, the African Union established the continent-wide “Africa Amnesty Month” initiative to take place in September of each year until 2020. During this month, illegally owned weapons can be handed over voluntarily to the national authorities without fear of prosecution or harm. 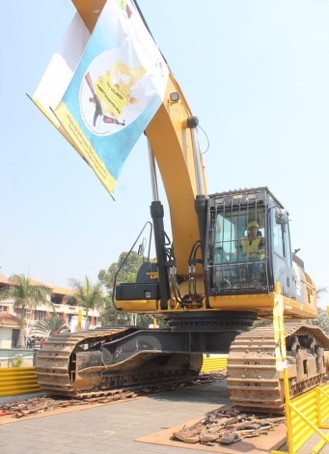 Small arms are enablers of armed violence and constitute a serious threat to peace, security, and stab. Women, men, girls, and boys all deserve to live in safe, non-violent homes and communities. Helping to remove illicit weapons from circulation is an important way to achieve this. Home to one of the youngest populations in the world, the voices and ideas of African youth are crucial to foster peace and prosperity across the continent. The national authorities initiating the “Your Voice Matters – What is your Slogan for the Africa Amnesty Month” contest are inviting their youth to develop creative and captivating slogan to highlight the dangers of owning illicit weapons and to encourage people to hand them in during 2020 Africa Amnesty Month.

The “Your Voice Matters – What is your Slogan for the Africa Amnesty Month” contest is open to any young person in the participating countries: Burkina Faso, the Democratic Republic of the Congo, the Central African Republic, Kenya, Côte d’Ivoire, and Cameroon.

A mixed panel of judges will select a winning slogan in each country that will be broadly used in the nation-wide amnesty month campaign and featured on T-shirts, banners and in local media.

Support for SeptAAM2020 is part of a one-year joint AU-UN project launched in March 2020, implemented together with the Regional Centre on Small Arms (RECSA). Generous financial support from Japan makes support in awareness-raising, capacity building of law enforcement, weapons collection, safe storage and destruction possible in Burkina Faso, the Democratic Republic of the Congo, the Central African Republic and Kenya. In July 2020, Cameroon, Côte d’Ivoire and Ethiopia joined the project with financial support from Germany.