In January 2015, UNREC carried out a four-day training course on combatting illicit arms trafficking for the staff of the United Nations Multidimensional Integrated Stabilization Mission in Mali (MINUSMA), in cooperation with the Integrated Mission Training Centre and other United Nations partners. The purpose of the course was to enhance the capacities of MINUSMA peacekeepers to combat the illicit trafficking in small arms and light weapons in Mali. 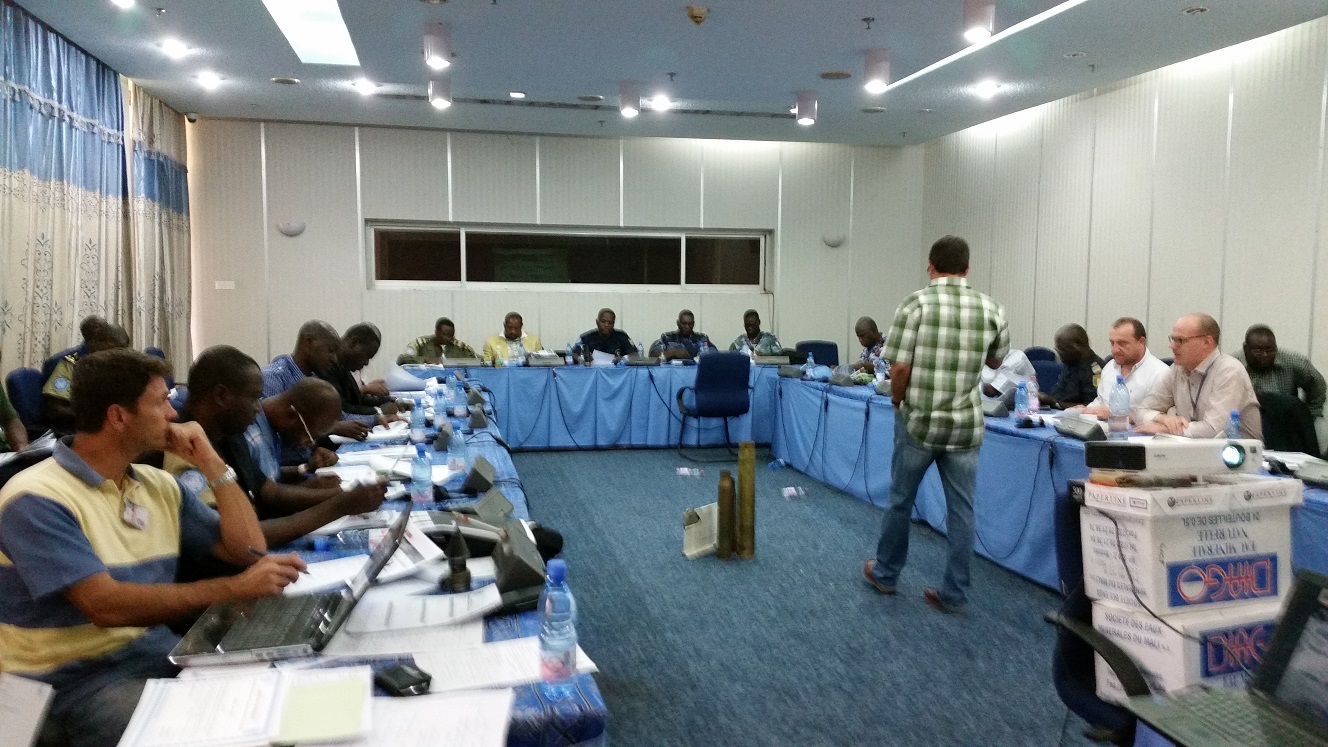 MINUSMA peacekeepers, representatives from UN Police, and other MINUSMA participants representing a wider range of sectors, including Security Sector Reform; Disarmament, Demobilization and Reintegration; Rule of Law; Justice and Corrections; and the UN Department for Safety and Security (UNDSS) took part in the training course.

Adapted by UNREC to the specific situation in Mali, the training was initiated by the ODA Regional Centre for Peace, Disarmament and Development in Latin America and the Caribbean (UNLIREC). The training is also part of a broader UNREC technical support project to the Malian National Commission on small arms and light weapons, financed by Germany, to implement its National Action Plan on Small Arms (2014 – 2018).

The training also aims to further develop the capacities of MINUSMA peacekeepers by encouraging participants to replicate the training within their units. By doing so, the training will have a much broader reach.