On 6 August, the Atomic Bomb Awareness Day Event, or Genbaku No Hi, was organized by the Verein Genbaku No Hi and the NGO Committee on Peace with the support of the United Nations Office for Disarmament Affairs (UNODA) Office based in Vienna.

A number of ambassadors of permanent missions and embassies, heads of international organizations, members of the disarmament and non-proliferation community, UN Staff members, NGOs and members of civil society attended the event.

In her opening speech, Ms. Yuko Gulda, Founder of the representative of Verein Genbaku No Hi, suggested to designate 6 August as the ‘International Day on Genbaku No Hi’. Representatives from the UNODA Office at Vienna, Austrian Permanent Mission to the United Nations, the Comprehensive Nuclear-Test Ban Treaty Organization (CTBTO) and the civil society highlighted the urgent need to engage in international disarmament negotiations on elimination of nuclear weapons.

The Deputy Permanent Representative of Austria to the United Nations, Ms. Gabriele Gil-Feigl, stressed that large scale modernization of nuclear weapons is not a sign of security but a sign of danger. For his part, the Chief of UNODA Office at Vienna, Mr. Péricles Gasparini, reminded the catastrophe of Hiroshima and Nagasaki and paid tribute to the survivors of these tragedies, the Hibakusha, emphasising that their efforts to educate succeeding generations about the consequences of nuclear weapons is an example of courage and determination to which we must all aspire.

As the event was partly dedicated to the arts and culture of Japan, the Hibakusha were also honoured by the lighting of incenses. An outdoor Tanabata performance depicting a nuclear physicist’s regret of the A-Bomb’s dreadful impact on humanity was showcased. There were many music performances by soprano Ms. Taeka Hino and Ms. Hiromi Mitsuji-Landerl on the piano, and also the solemn ringing of the Peace Bell at the Memorial Plaza, while people were signing a Petition against nuclear weapons.

The event concluded with remarks by Ms. Bettina Schieraus from the International Fellowship of Reconciliation (IFOR) calling for a world without nuclear weapons and for an end to other tragedies of 70 years ago.

The event, which was the opportunity for the international community to renew its commitment to achieving a world free of nuclear weapons, received support from the Permanent Mission of Austria and the Embassy of Japan. 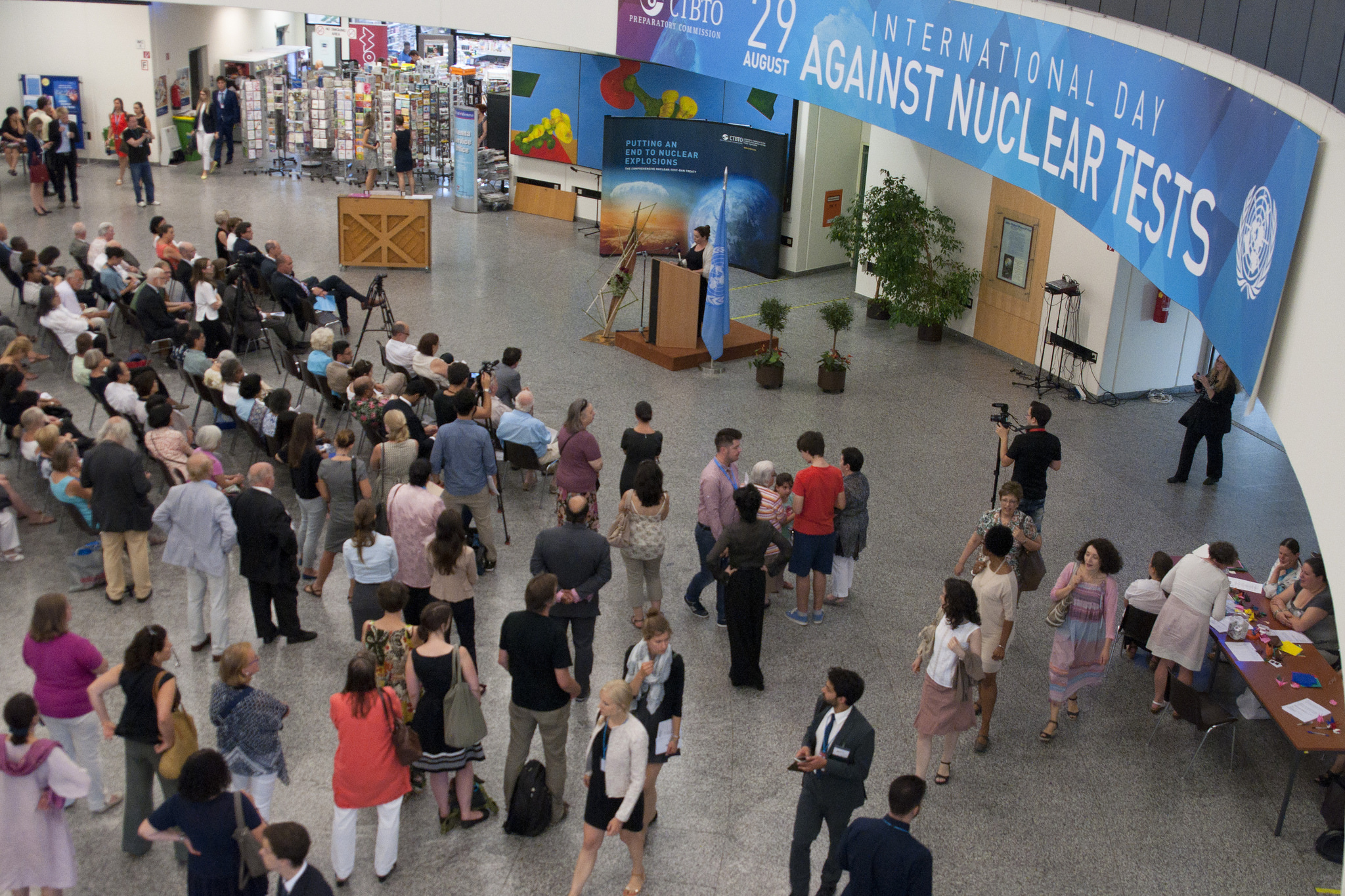 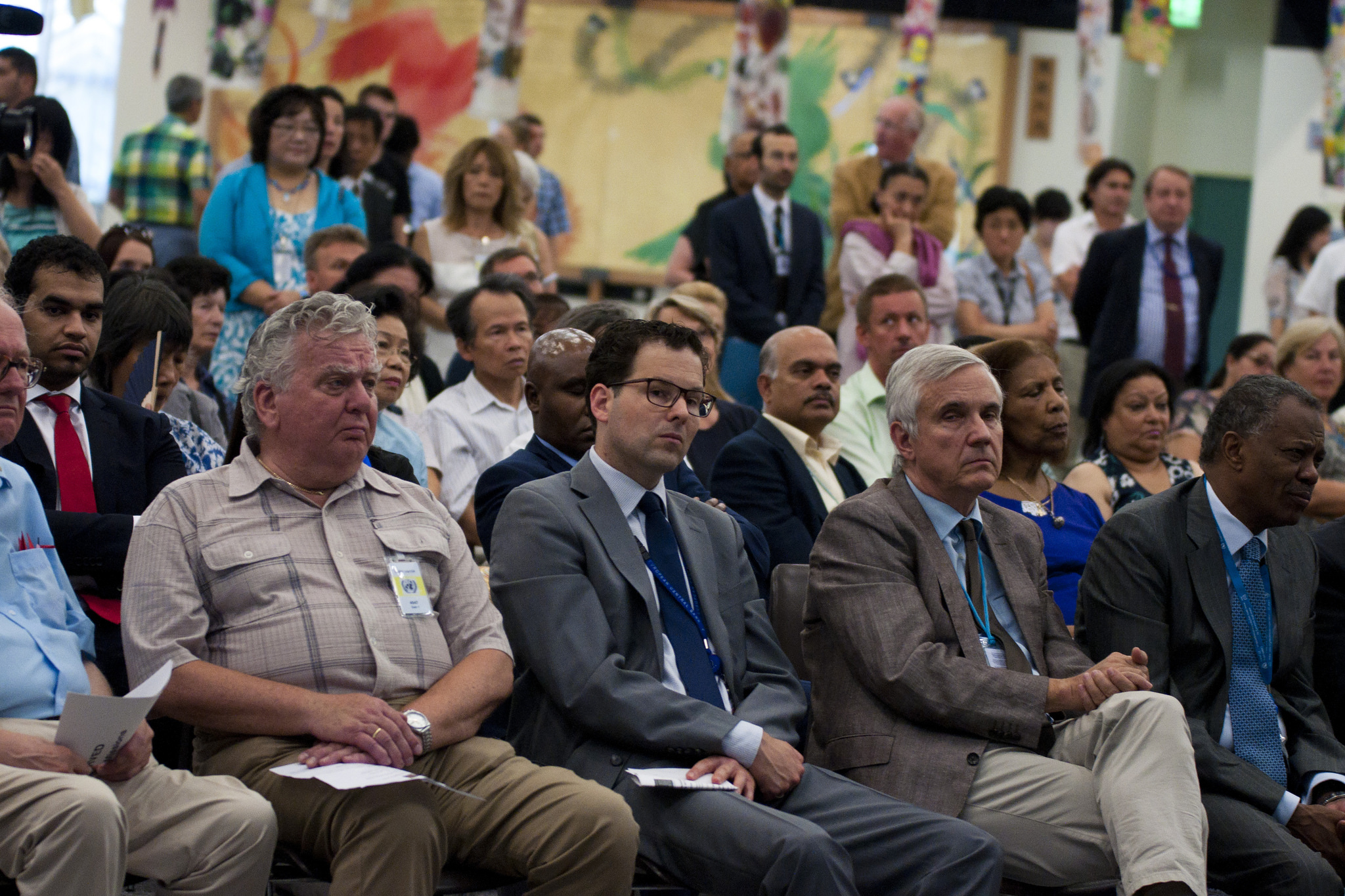 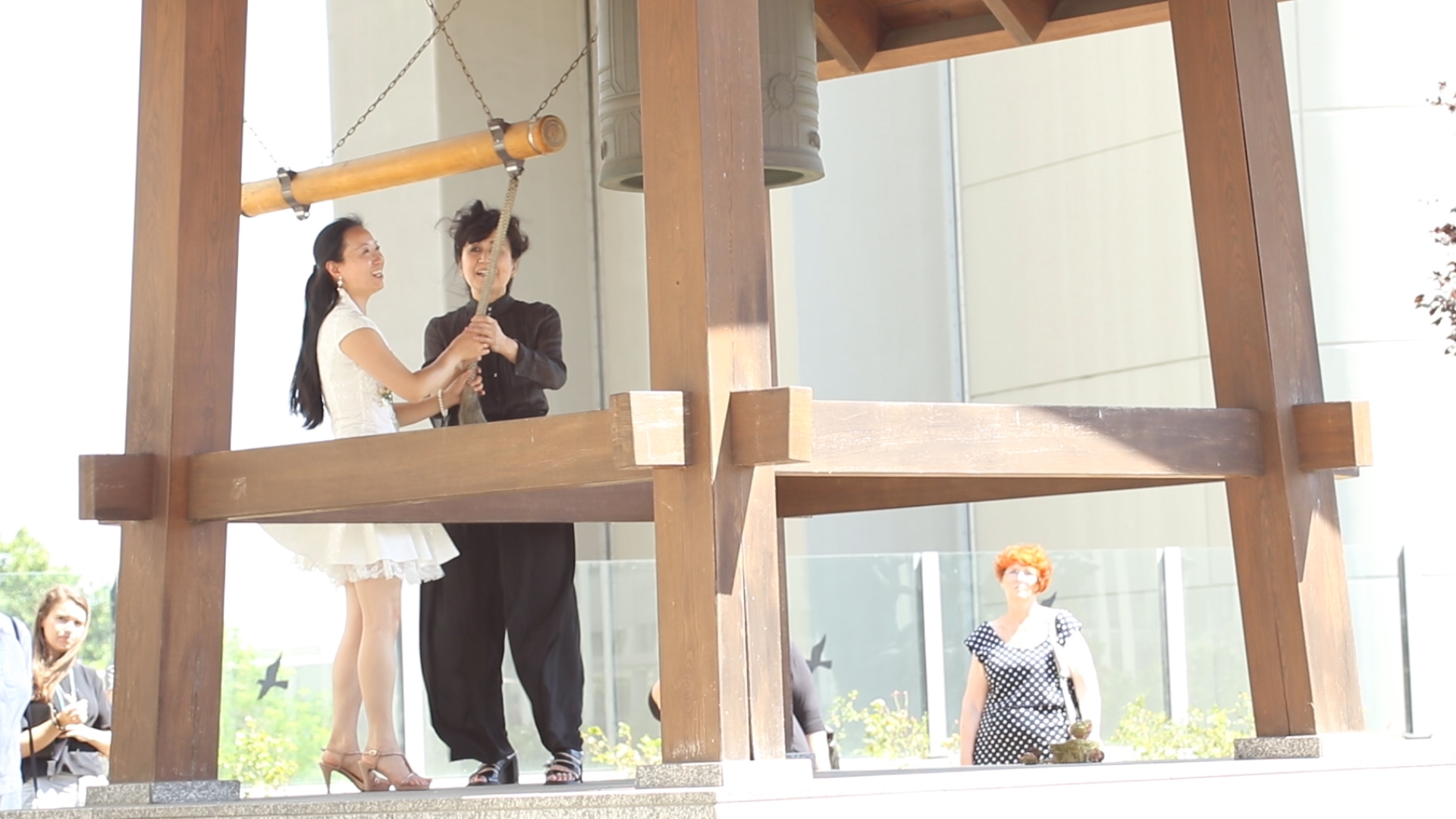