On 12 October 2015, the United Nations Office for Disarmament Affairs (UNODA) published thestudy on armed unmanned aerial vehicles (UAVs). The study was prepared by UNODA pursuant to the recommendation of the Secretary-General’s Advisory Board on Disarmament Matters in its report A/69/208 following its 2014 sessions, with assistance by the United Nations Institute for Disarmament Research (UNIDIR) and the Human Rights Institute at the Columbia University School of Law. 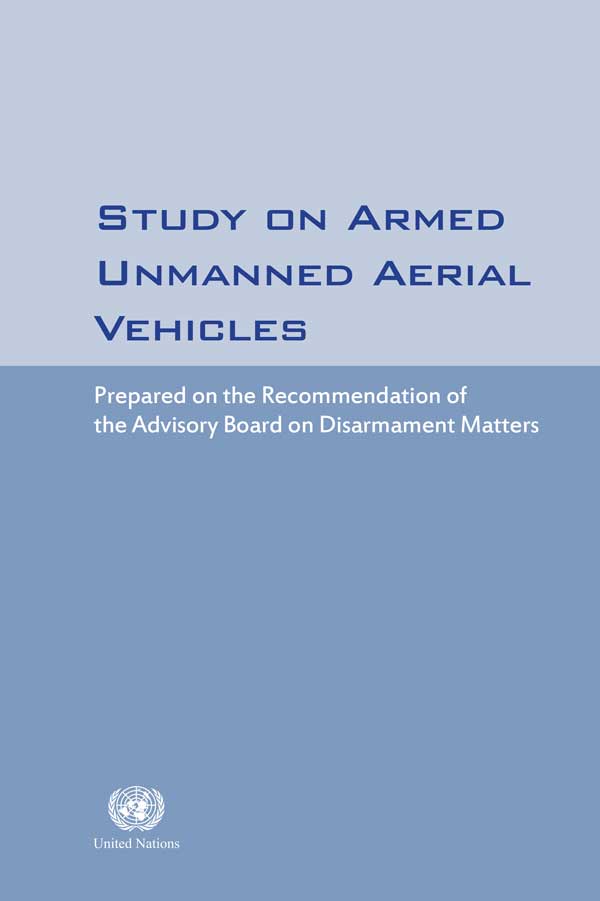 The issue of UAVs is not new for the United Nations disarmament machinery. Historically, the primary concern has been with the potential for UAVs to be used as means for delivering weapons of mass destruction. However, as the acquisition and use of armed UAVs for conventional strikes has become more prevalent, there has been new interest in developing multilateral approaches to increase transparency and accountability with respect to their proliferation and use. The Advisory Board’s recommendation reflected the international community’s growing interest in addressing issues associated with armed UAVs in a multilateral disarmament context.

In its recommendation, the Board requested that the study examine: the distinction between armed/military UAVs and unarmed/civilian UAVs; improving transparency in targeted UAV strikes as a confidence-building measure and developing a robust oversight and accountability mechanism for targeted strikes outside active battlefields; how relevant principles should be applied to such strikes, with a view to avoiding excessively injurious or indiscriminate effects, in consideration of international humanitarian law; and the effects of other emerging technologies on international security and arms control processes.

The study’s discussion of increasing transparency, accountability and oversight for the use of armed UAVs outside active hostilities was informed by an international seminar organized by UNODA and UNIDIR in Geneva in June 2015. Participants in the seminar included officials and experts from ten States, the International Committee of the Red Cross, the United Nations Special Rapporteur on extrajudicial, summary or arbitrary execution, various United Nations entities, academic institutions and non-governmental organizations.

The study observes that UAVs have unique characteristics that raise particular implications for the maintenance of international peace, security and stability, as well as the integrity of international humanitarian and human rights principles.. United Nations disarmament bodies are well suited to consider these matters as they have long been concerned with the regulation of technologies that challenge humanitarian principles or whose widespread proliferation and use raise implications for international peace and security.

The primary conclusion of the study is a recommendation for further study on this matter to be conducted under the auspices of the UNIDIR with the assistance of a geographically representative group of qualified experts. It is hoped that this study will serve as a point of departure for further multilateral engagement on these matters.