Side Event on Cybersecurity and the Way Forward – UNODA

To enrich the discussion on cybersecurity in the First Committee, the Permanent Mission of the Netherlands hosted a side event on 20 October 2015 called “Maintaining international peace and security in cyberspace.” While the fast developments in cyberspace offer many opportunities, they also pose risks. The international community has been addressing these risks through several venues, with the UN at a central point. The side event updated the audience on the progress that has been made so far, and how to move forward. It was moderated by Wouter Jurgens, Head of the Cyber Security Department at the Dutch Ministry of Foreign Affairs.

Uri Rosenthal, Dutch Special Envoy for International Cyber Policies discussed the Global Conference on CyberSpace (GCCS2015), held from 16 – 17 April 2015 in The Hague. The GCCS2015 underlined the importance of the applicability of the UN Charter and international law in the cybersphere. Key points of discussion were measures concerning responsible State behavior, and the protection of critical infrastructure and components of the global internet. While the primary responsibility lies with States, it is important to also include the private sector, the technical community, and civil society in the discussion. To bring all parties together, the Netherlands has developed the Global Commission on the Stability of Cyberspace. This platform will include all stakeholders and academics to develop new ideas on norms and actions for cyberstability, which will feed into existing processes.

Kim Won-soo, Under Secretary-General and Acting High Representative for Disarmament Affairs concentrated on the work of the four Groups of Governmental Experts on Developments in the Field of Information and Telecommunications in the Context of International Security (GGE). The most recent GGE published a substantive consensus report in June 2015 with recommendations on norms, rules and principles of the responsible behaviour of States in cyberspace. Now the question is how to go beyond this limited closed GGE fora. In the future, it would be ideal if all 193 States could take part, so the debate would be inclusive and representative, and ensure a 100% buy-in on the outcome – but some practical middle ground has to found before such a scenario.

James Andrew Lewis, Director and Senior Fellow of the Strategic Technologies Program at the Center for Strategic and International Studies (CSIS) laid out the two options that are available to protect cybersecurity. One option is to choose the path of disarmament, like the Outer Space Treaty or the Chemical Weapons Convention (CWC), and ban specific cyberweapons. The other option is to choose the path of arms control, and regulate the use of cyberweapons instead. The international community could agree on principles on how to use them responsibly, controlled by the laws of armed conflict. As the technology is already here and will not go away, it is essential to govern them.

The open discussion that followed focused on what the international community should do next. Several suggestions were made on how to improve future GGEs. They could, for instance, contain a development angle, consult with all Member States and include their input, involve more regional and sub-regional institutions, develop more confidence-building measures, and perhaps give a role to the Conference on Disarmament in Geneva. Opinions were exchanged, and all participants left the event with new ideas for the future of cybersecurity. 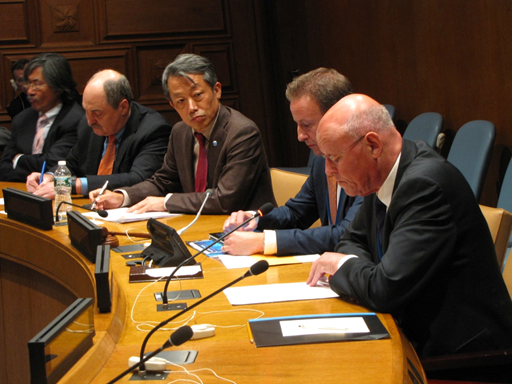 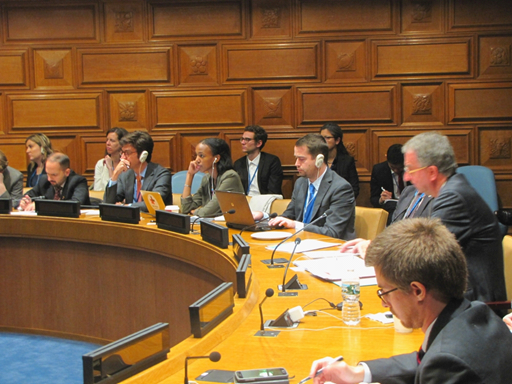 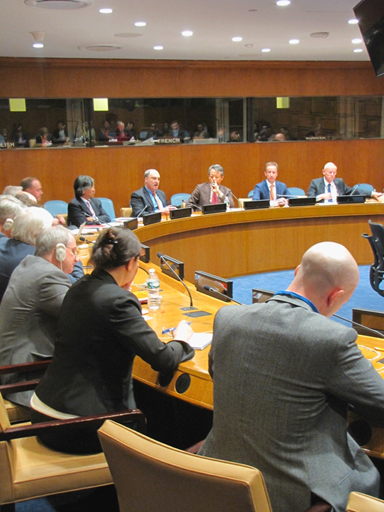