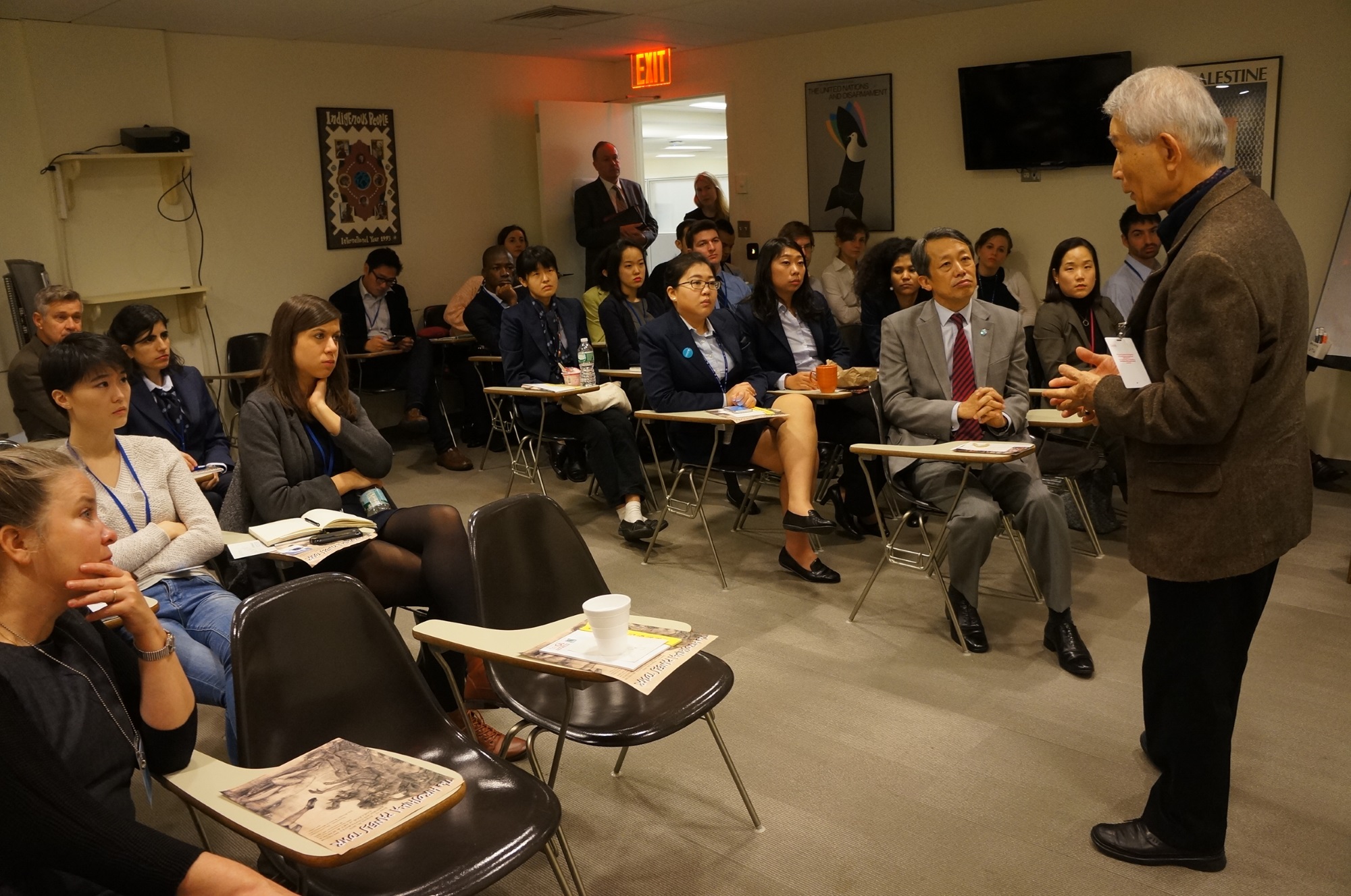 On 18 December 2015, Mr. Yasuaki Yamashita, a hibakusha (atomic bomb survivor) from Nagasaki who now lives in San Miguel de Allende, Mexico, met with UN Tour Guides and also with UN interns in New York to share his testimony of the horrors of the nuclear bombing he experienced seventy years ago on 9 August in 1945.

The event was opened by the Acting High Representative for Disarmament Affairs, Mr. KIM Won-soo, who remarked that the testimonies by the survivors of Hiroshima and Nagasaki form an historical legacy for promoting peace and for securing a world free of nuclear weapons. He expressed his admiration for how the hibakusha have managed to take a horrible tragedy and transform it into a message of hope and inspiration.

The event is part of on-going efforts by the UN Office for Disarmament Affairs  (UNODA) with its NGO partners to ensure the legacy and testimonies of atomic bomb survivors is spread to as wide an audience as possible, especially given the advancing age of the hibakusha.

Since 2010, UNODA has organized similar briefings twice a year in collaboration with the UN’s Department of Public Information (DPI) and Hibakusha Stories, a non-governmental organisation which brings atomic bomb survivors to New York City high schools to tell their stories.

After the briefing, Ms. Jihye Shin who is responsible for coordinating group programmes for visitors to the UN in DPI said “I learned a lot about the importance of telling the Hibakusha’s story to the public and how I could improve my interaction with the visitors regarding the topic of nuclear disarmament.”

There are a dwindling number of people alive today who survived the atomic bombings of Hiroshima and Nagasaki in 1945. Many, like Mr. Yamashita have since those horrifying events dedicated their lives to peace, and although their average age has now exceeded eighty, they continue to work with diligence and vigour for nuclear disarmament. They tell their stories in order to help younger generations understand the catastrophic humanitarian consequences of the use of nuclear weapons. 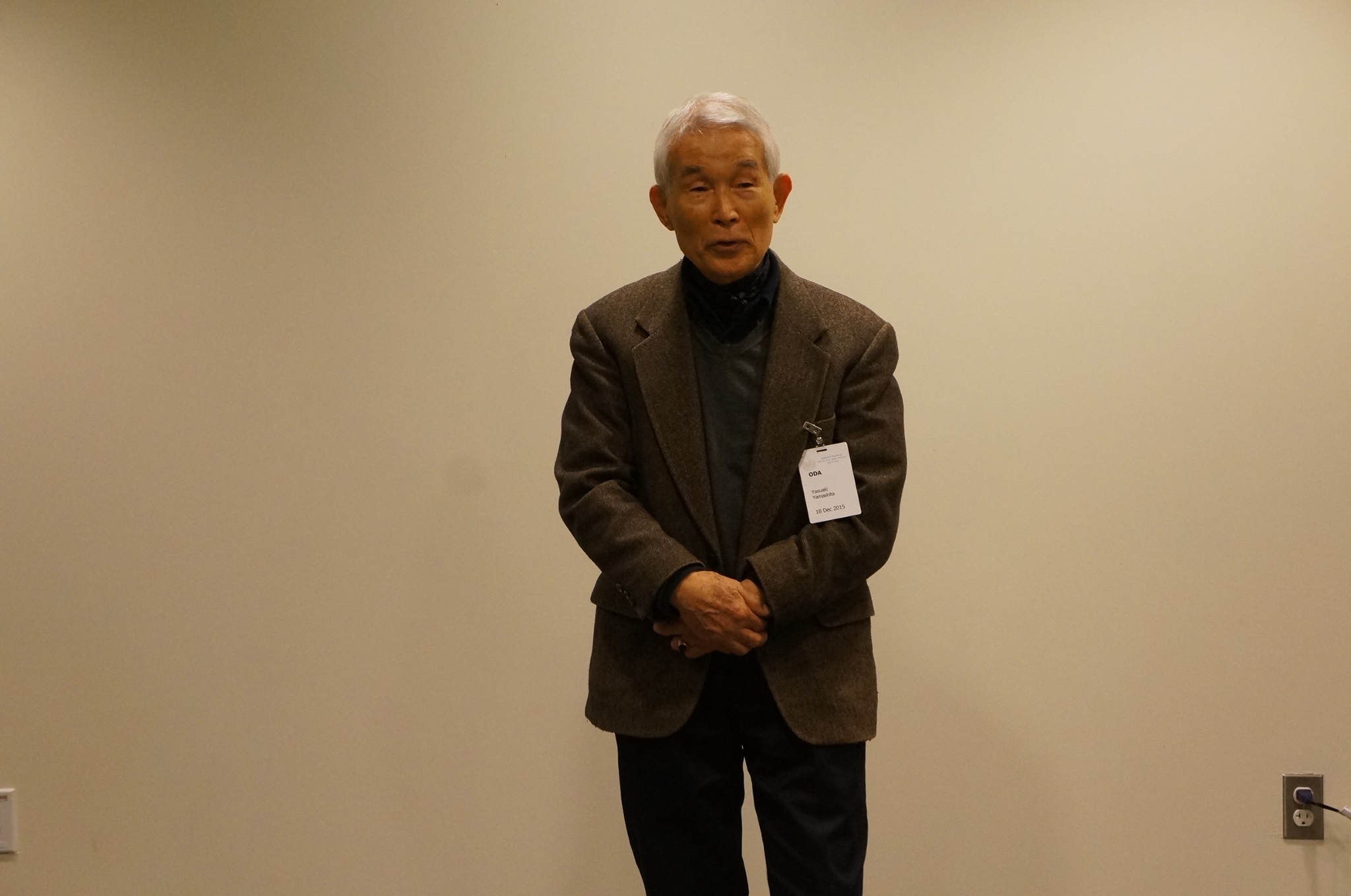 Mr. Yasuaki Yamashita was 6 years old when the atomic bomb exploded over Nagasaki. Although he was not severely wounded during the blast, he was exposed to radiation walking through the city ruins searching for loved ones.  Mr. Yamashita worked in the Nagasaki Atomic Bomb Hospital but was re-traumatized by the experience of seeing so much sickness decades after the war.  Mr. Yamashita now lives in Mexico. He was a featured keynote speaker at the Second Conference on the Humanitarian Consequences of Nuclear Weapons, held in Nayarit, and is well known to Mexican diplomats for his commitment to nuclear disarmament.