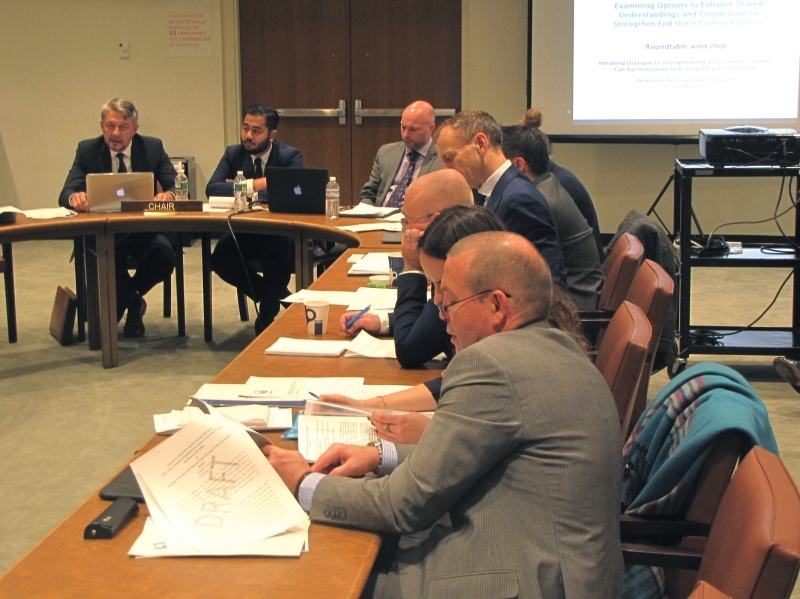 On Tuesday 28 October the United Nations Institute for Disarmament Research (UNIDIR) hosted a workshop on end-use/r controls, called “Initiating a global dialogue on strengthening end use/r control systems: Can harmonization help tackle arms diversion?”. UNIDIR is conducting an ongoing research project on the possibilities for harmonizing end-use/r control systems, as there are significant differences in these systems around the world. This workshop, held as a side event of the ongoing First Committee, provided an opportunity for UNIDIR to update Member States on its progress and receive feedback on how to move forward with the second phase, which is planned to start in January 2016. The workshop was led by Himayu Shiotani, Manager of the research project.

The workshop was opened with remarks by Jarmo Sareva, Director of UNIDIR. He explained that UNIDIR had been conducting a series of regional consultative meetings, engaging specifically with the States that are not currently member of any export control regimes. In addition, UNIDIR had been holding a series of meetings to provide evidence-based resources, which can help practitioners in strengthening controls to combat the diversion of arms.

Himayu Shiotani expounded on the problems with the lack of harmonization of end-use/r controls. The differences in practices and templates between States provide many challenges, especially for States with fewer resources. UNIDIR is holding a survey on the templates and practices for end-use/r controls of States, and so far 40 States have responded. It has also engaged with industry, as they are major stakeholders in the process. The preliminary results showed that there is a wide variance even with the key terms associated with this issue. A common understanding of key terms and aligning standards would go a long way towards harmonization. These standards could be used to assess how national practices measure up.

Paul Holtom, Deputy Director at the Centre for Trust, Peace and Social Relations at Coventry University (UK) and Arms Transfer Expert Consultant at UNIDIR, presented the preliminary results of the survey and identified four areas of discussion that merit further dialogue. These include standardized definitions of key terms, what should be reported to export control authorities, the types of assurances provided, and the roles and functions of end-use/r documentation. Additionally, the international community should engage in further dialogue on the exchange of information and indicators for risk assessment, and post-delivery cooperation.

A round-table discussion followed with five experts from a variety of fields. Daniel Nord, Senior Disarmament Adviser for the Permanent Mission of Sweden to the United Nations, Elina Maksimchuk of the Department for Non-Proliferation and Arms Control at the Russian Ministry of Foreign Affairs, Hugh Griffith, Coordinator on the UN Panel of Experts on the DPRK, Jae Shin, Deputy Chief at the Regional Affairs and Analysis Division at the U.S. Office of Defense Trade Controls Policy and Patrick McCarthy, ISACS Coordinator at the UN Coordination Action on Small Arms (CASA) engaged with the audience, and answered every question on harmonization of end-use/r controls. It resulted in a fruitful dialogue for all participants, panelists and attendants alike, and the event was a step forward for global coordination of end-use/r control systems. 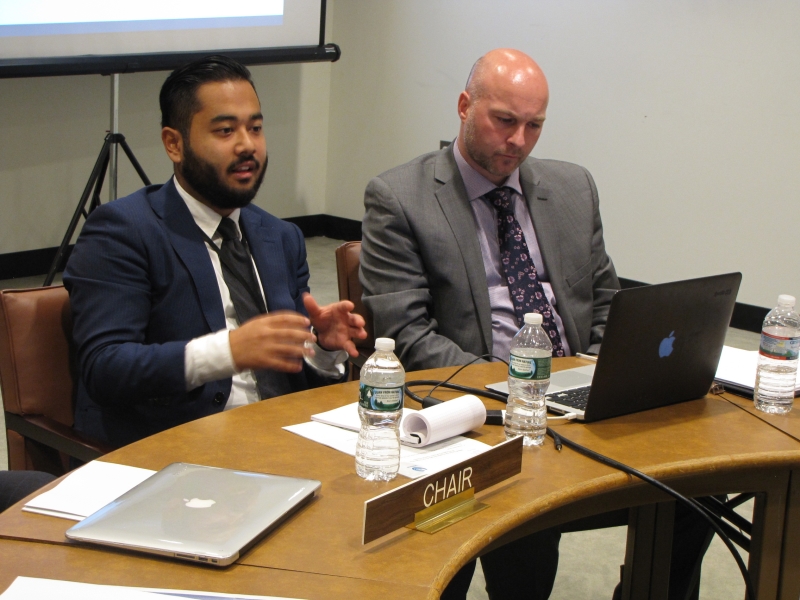 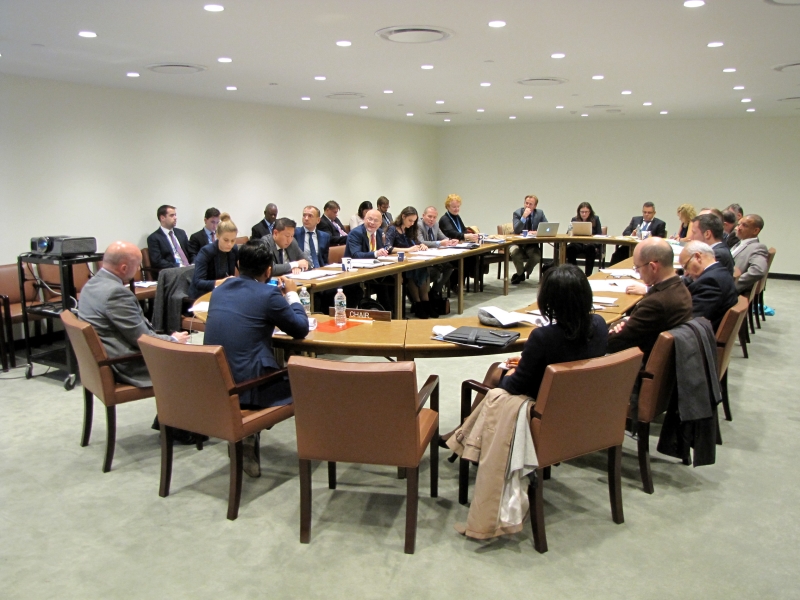