On 22 September 2015, the Permanent Mission of Ecuador and the NGO UNFOLD Zero, in cooperation with UNODA and the NGO-Committee for Disarmament in Geneva organized a screening of the film, “The Man who saved the World,” in commemoration of International Day for the Total Elimination of Nuclear Weapons.

Some 90 representatives of Member States and civil society attended the event, which is part of a series of activities to enhance, as stated in General Assembly resolution 68/32, “public awareness and education about the threat posed to humanity by nuclear weapons and the necessity for their total elimination, in order to mobilize international efforts towards achieving the common goal of a nuclear-weapon-free world.”

Introductory speeches were given by Ambassador Maria Espinosa, Permanent Representative of Ecuador to the United Nations in Geneva and member of the World Future Council; Mr. Alyn Ware, Director of UNFOLD ZERO; and Mr. Marco Kalbusch, Secretary of the Conference on Disarmament and Officer-in-Charge of UNODA’s Geneva Branch. The speakers underlined the critical role played by civil society and the important contribution of Nuclear Weapon Free Zones in achieving the goal of a world free of nuclear weapons, which was established by the very first General Assembly resolution in 1946.

After the introductory speeches, participants saw the movie “The Man, who saved the World”, which illustrates the physical and psychological impacts which nuclear weapons have had on humans during the Cold War. On 26 September 1983 the protagonist, Stanislav Petrov, worked at Soviet early warning centre Serpukhov-15, when Soviet satellites gave a false alarm about five American nuclear missiles heading toward the Soviet Union. Mr. Petrov decided not take steps that would have led to an immediate retaliation with nuclear weapons. Instead he questioned the reliability of the computer-generated information and declared a false alarm as reports could not be confirmed by visual aids or radar. Based on this decision, he may have prevented a nuclear war. In the film, Mr. Petrov, whose action went unrecognised for decades, shares his reflections on the current state of nuclear deterrence and how the tensions of the cold war have impacted on his private life.

In the discussion that followed the screening, chaired by Hayley Ramsay-Jones of the NGO Committee for Disarmament, participants shared their views on the issue of nuclear disarmament, underlined the importance of disarmament education through activities such as the commemoration of international days and encouraged States, the United Nations and civil society to continue their efforts to achieve a world without nuclear weapons. 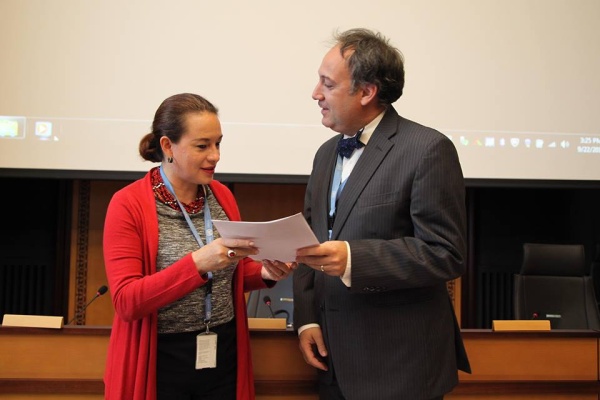 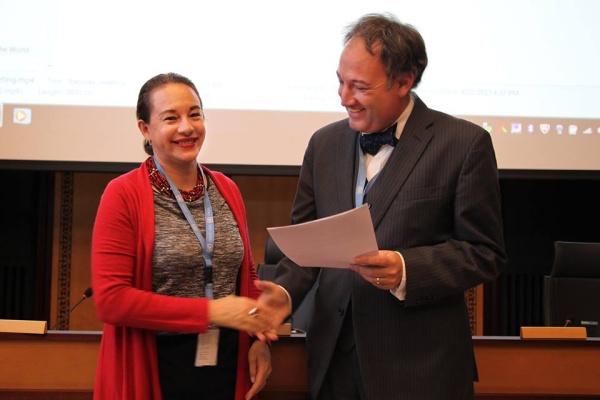