At a side event of the 2015 session of the UN Disarmament Commission on Monday, 13 April at the UN Headquarters in New York, , the Stockholm International Peace Research Institute (SIPRI)) launched its 2014 data on global military expenditures, which was followed by a discussion with a panel of experts. Hosted by SIPRI and the UN Office for Disarmament Affairs (ODA) with the sponsorship of the Permanent Mission of Japan, the event aimed not only to provide an overview of trends in global arms spending, but to connect these to recent developments in international peace and security.

The discussion was moderated by Daniel Prins, Chief of the Conventional Arms Branch at ODA. After opening remarks by Hiroshi Ishikawa (Minister, Permanent Mission of Japan to the United Nations), Dr. Sam Perlo-Freeman (Head of Military Expenditures Project, SIPRI) presented the Institute’s newly released data for 2014. His remarks were followed by Dr. William Hartung (Director, Arms and Security Project, Center for International Policy) detailing policy decisions affecting the United States’ military budget. Hideki Matsuno (UNODA) gave a presentation on the United Nations Report on Military Expenditures, an instrument that was established by the General Assembly in 1980, through which Member States report annually to the Secretary-General their defence budgets.

In his opening remarks, Mr. Ishikawa underscored the importance of sharing objective data among states. Transparency and the availability of reliable figures on military spending can act as significant confidence building measures, particularly in a time when diverse threats face the international community. Mr. Ishikawa reiterated Japan’s commitment to building a world free of nuclear weapons especially in 2015, the 70th anniversary of the Hiroshima and Nagasaki bombings and a year that will see an NPT Review Conference.

The picture of global military spending presented by Dr. Perlo-Freeman through SIPRI’s data revealed unchanged global levels, but high degrees of regional variation compared to the last three years. Global military expenditures had fallen in the 1990s, increased sharply since 2001, and began to decrease in 2010. This year’s total sum of $ 1.776 trillion saw only a slight decrease from 2013, with lesser spending from the USA and Western Europe levelled out by increases in Africa, Asia, the Middle East and Eastern Europe. Particularly the Ukraine crisis has changed security perceptions of European States for the worse, resulting in higher military budgets across the region. The top ten military spenders remained mostly unchanged from previous years, with the single biggest increase by Saudi Arabia (17 %).

Dr. William Hartung outlined factors affecting the military budget of the world’s biggest defence spender, the United States. The Pentagon budget has declined for the fourth consecutive year resulting both from troop withdrawals in Iraq and Afghanistan and Congressional budget caps imposed in 2011. Hartung predicted a moderate increase in US-defence spending over the coming years, while noting concerns in Washington over how a level budget would address emerging threats. Also, the Pentagon’s plan to invest $1 trillion over the next 30 years in nuclear delivery systems could hardly be accomplished under current budgetary restrictions.

A point raised both in the presentation by ODA’s Hideki Matsuno and the general discussion was the complementarity of SIPRI and UN data on military expenditures. While both present figures relating to States’ military spending, they differ in methodology and purpose. SIPRI collects data from a variety of sources and attempts to provide an accurate picture of global defence expenditure. In contrast, the UN’s Report on Military Expenditure relies on data submitted by Member States, positioning the Report as an instrument in confidence building and transparency between States. . 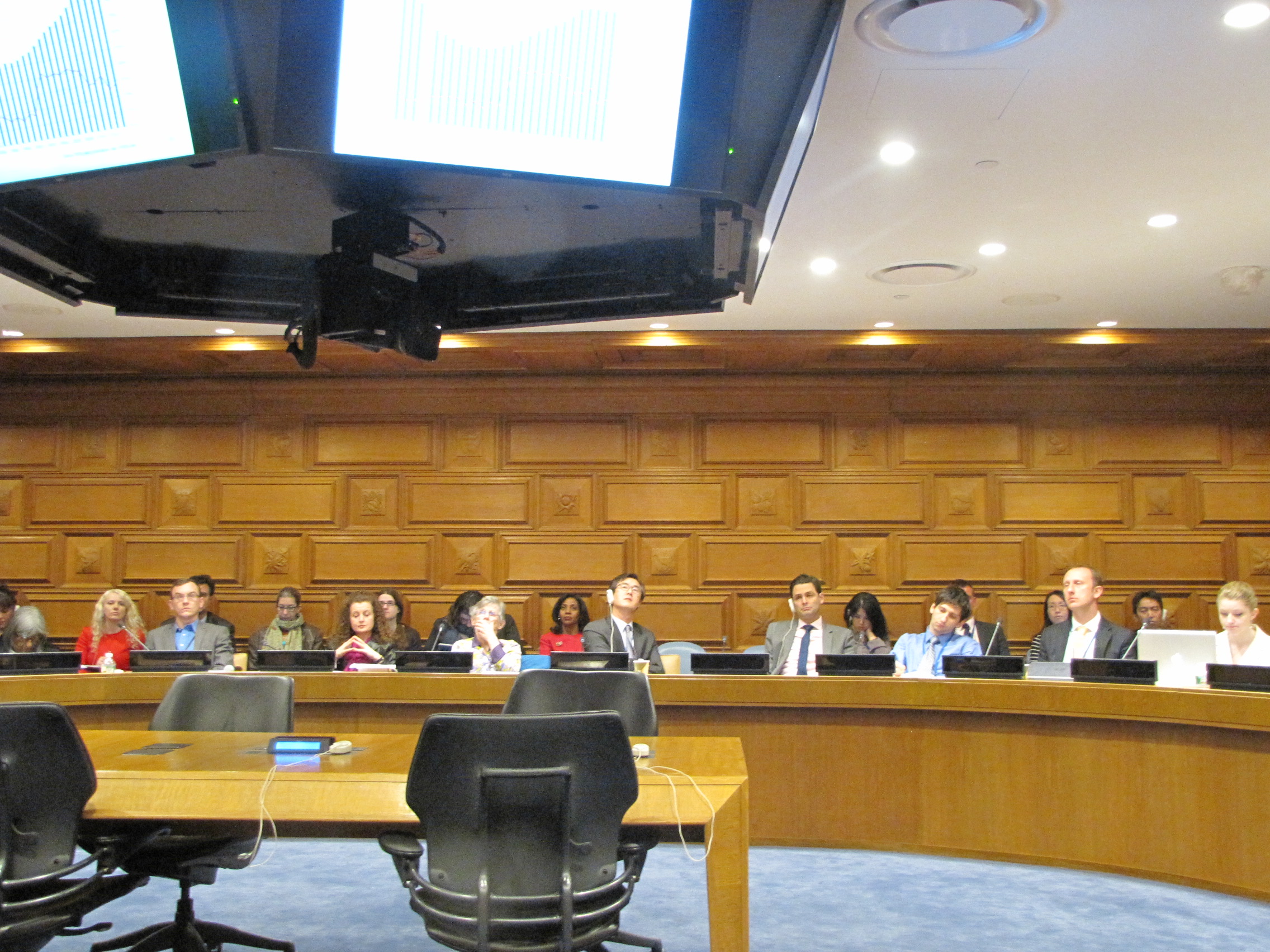 Articles and photos by Laura Jung