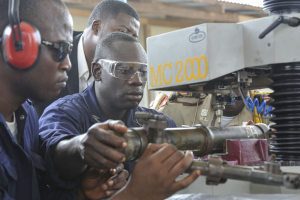 The United Nations Regional Centre for Peace and Disarmament in Africa (UNREC) and the United Nations Mission in Liberia (UNMIL) cooperated to provide technical assistance and training to Liberia on marking and registering small arms and light weapons. This assistance, undertaken in cooperation with the National Commission on Small Arms of Liberia and its Ghanaian counterpart, aimed to assist Liberia in implementing the provisions of Security Council resolution 2190 (2014) by which Liberia is to assume complete security responsibilities by June 2016, including on small arms, and is to register and track arms used by its security forces. Marking and registering governmental weapons is a tool to further prevent the diversion of arms into the illicit market and to promote security.

This assistance follows on an initial training in May 2014 on how to secure ammunition by using the International Ammunition Technical Guidelines, which was also provided by UNREC and UNMIL, in cooperation with ODA’s Conventional Arms Branch.

A total of 27 Liberian security sector officers received training on marking, registering and record-keeping of arms, with an emphasis on government-owned weapons. US Army mentoring officers from the Armed Forces of Liberia also participated in the exercise. The Liberian National Commission also received a weapons registration software from its colleague in Ghana. During the practical exercise of the training, 40 weapons collected during the Liberia Disarmament Demobilization and Reintegration (DDR) programme were marked, registered and destroyed.

UNREC and UNMIL intend to further cooperate to assist Liberia in fully engaging with the control of small arms and light weapons in its territory. 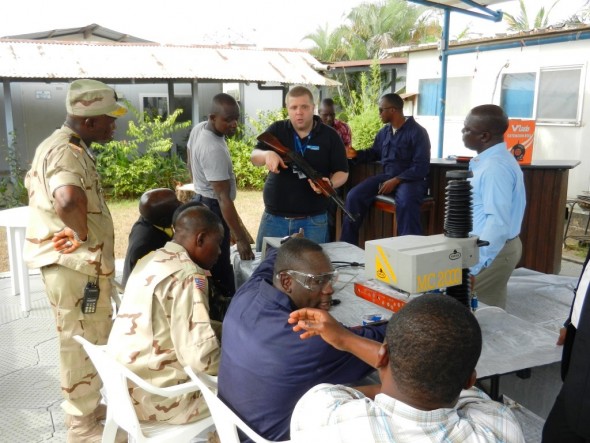