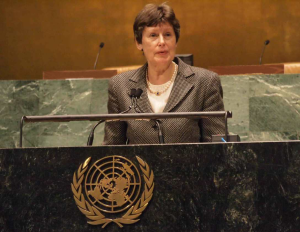 The High Representative for Disarmament Affairs, Ms. Angela Kane, provided a briefing to Member States on 10 March 2015 offering a comprehensive review of the lessons-learned exercise for the United Nations Mission to Investigate Allegations of the Use of Chemical Weapons in the Syrian Arab Republic (hereinafter “UN Mission in Syria”) underscoring both the challenges faced and the assets that contributed to its success.

The High Representative reviewed the chronology of the exercise and the related workshops that took place in both Glion, Switzerland  and New York to identify lessons learned and formulate corresponding recommendations. While highlighting the effectiveness and impartial nature of the Secretary-General’s Mechanism (SGM), she underlined several areas for improving the mechanism’s preparedness, as well as the specific recommendations reached on four overarching categories—Activation of the Mechanism; Unity and consistency of mission; Strategic partnerships; and Information-sharing and training. 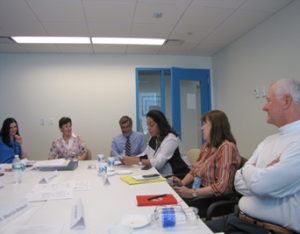 The High Representative stated that the UN Mission in Syria proved the effective and impartial nature of the SGM, although there remained room for strengthening its application. Referring to the last application of the SGM more than twenty years ago in Azerbaijan and Mozambique, she noted that the UN Mission in Syria provided an opportunity to improve the functionality of the SGM based on a very unique case. Ms. Kane emphasized the indispensability of strong cooperation among different parts of the UN Secretariat, as well as with both the OPCW and the WHO. 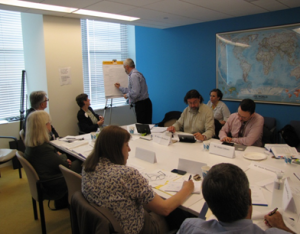 Ms. Kane concluded her briefing by outlining recommendations for strengthening the preparedness of the SGM. She also mentioned the importance of engaging Member States in activities related to the SGM, including procuring resources for the regular training courses offered to experts nominated to the SGM Roster. Appreciation was also expressed for the Governments that had provided funding support for the lessons learned exercise.