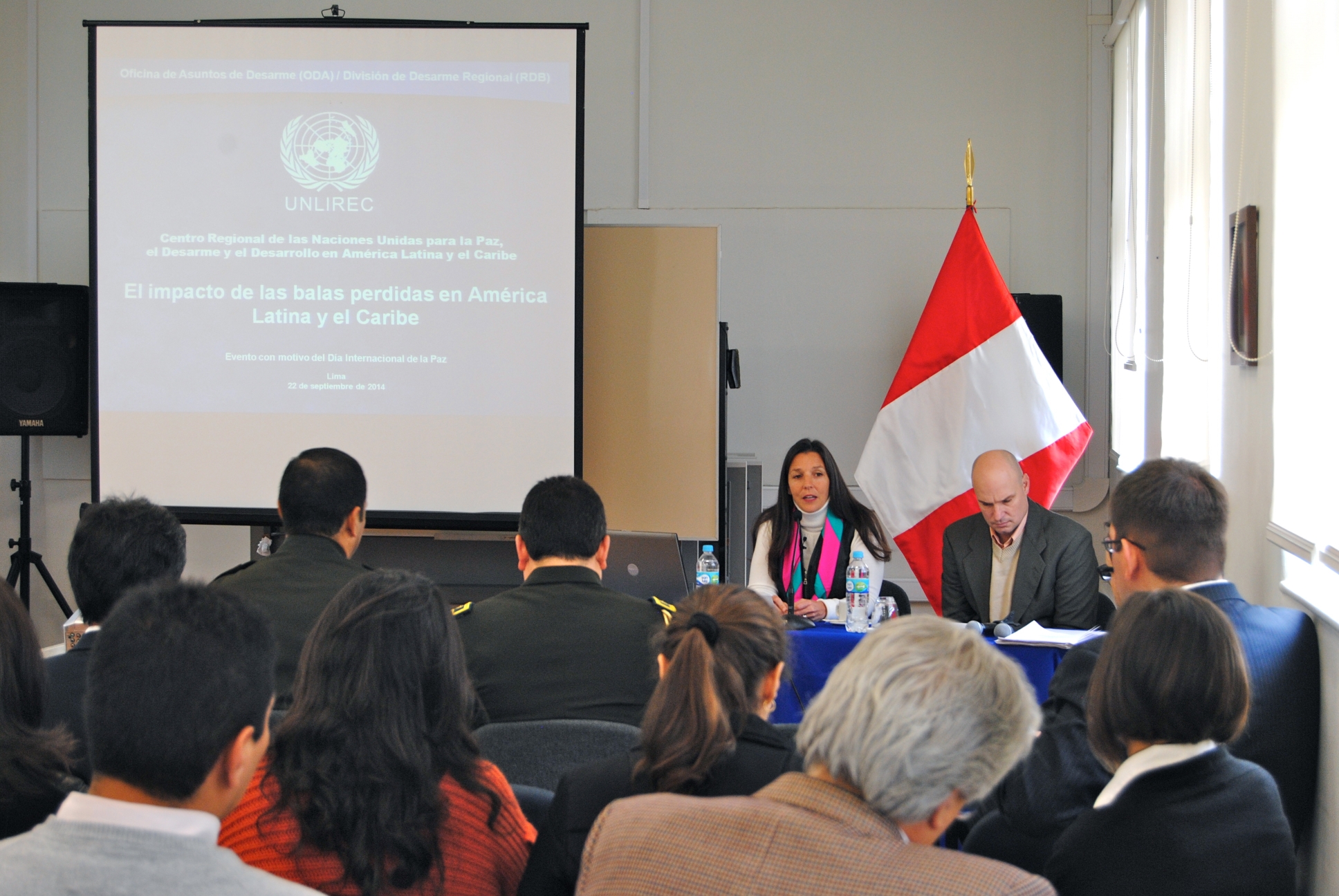 UNLIREC’s Public Security Programme Team presented an analysis of reported cases of stray bullets in Latin American and the Caribbean media during the period 2009-2013. This study examines armed violence arising from stray bullets in order to share recommendations to prevent this phenomenon.

The study documented 550 cases of armed violence caused by stray bullets – resulting in 617 victims – as reported in the media in 27 different countries in the region. The cases were grouped by: a) injury or death; b) gender; c) age; and d) types of armed violence.

The study also points out that the best way to tackle armed violence in general, and stray bullets specifically, is by integrating small arms control, armed violence reduction and prevention measures into citizen security, crime and violence prevention frameworks. Moreover, the study suggests that States criminalize ‘celebratory fire’ (shots into the air), along with public awareness and education campaigns to address the cultural aspects of this behavior.

The study recommends  that States build the capacity of law enforcement personnel beyond tactical training on the use of force, focusing instead on the use of firearms by considering parameters of legality, necessity and proportionality.

UNLIREC hopes that this study sheds additional light on the phenomenon of stray bullets and the potential role that small arms control, armed violence reduction and other targeted measures can play in preventing more stray bullets and the disproportionate effect they have on women and young people, leading to saving lives and increasing security.

The event was attended by representatives of state institutions, the diplomatic corps, UN agencies, civil society organizations, academia and member from the media.

For more information on UNLIREC visit (www.unlirec.org). Please direct all of your questions or queries to Amanda Cowl, Political Affairs Officer ( cowl[at]unlirec.org ).