Minister Bozhko, Ambassador Aitimova, excellencies, distinguished guests and friends—welcome all of you to this inauguration of this deeply moving exhibition, “Looking for Peace”.

I am especially pleased that we are also joined by the artist of these extraordinary paintings, Mr. Karipbek Kuyukov.  As we prepare to commemorate the observance of the International Day against Nuclear Tests, who could possibly present a more inspiring statement of the triumph of the human spirit than this gifted artist?

He has not only conquered severe physical hardships as a result of past nuclear tests in Kazakhstan.  He is also winning the hearts and minds of people around the world who have seen his works of art and can now better comprehend the full humanitarian and environmental consequences of nuclear tests.

I wish to commend the Government of Kazakhstan for its ATOM Project—which stands for “Abolish Testing Our Mission”—and for designating the artist as Ambassador of the Project.  President Nazarbayev’s wise decision to close Kazakhstan’s nuclear test site in 1991 continues to stand as a landmark moment in the history of global efforts to reduce and eliminate nuclear weapons.  That decision contributed to the emergence of a global taboo on nuclear tests by anyone, anywhere, in any environment.  It helped to pave the way to the negotiation of the Comprehensive Nuclear-Test-Ban Treaty.

President Nazarbayev’s decision tells us what was done:  closing the test site.  Mr. Kuyukov’s brush is telling us why it was done—and why there must be no more tests.

It is appropriate that this exhibit would take place at the United Nations, where so many resolutions have been adopted, so many speeches made, and so many meetings held to achieve a ban on nuclear tests—indeed, a ban on nuclear weapons all together.

Finally, I wish to say a few words of thanks to Ambassador Aitimova and her staff not just for organizing this event, but also for their many other contributions to advancing global nuclear disarmament, nuclear non-proliferation, and the prohibition of all nuclear tests.

I am certain that it is this type of personal commitment by governments and their citizens that will lead us, one day, to a nuclear-weapons-free world.  Let’s get to work today to make this vision a reality. 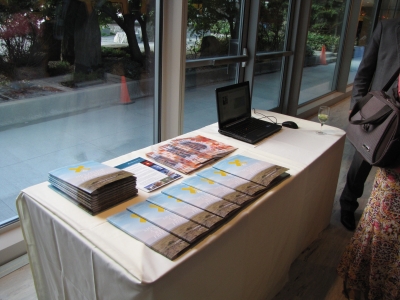