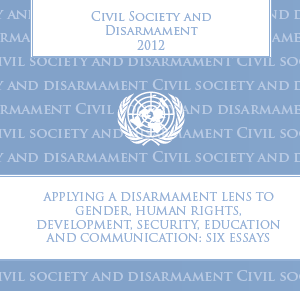 The publication features six essays on disarmament topics by civil society actors. The essays are:

This is the second publication in UNODA’s Civil Society and Disarmament series. The previous publication in the series was entitled Non-governmental Organization Presentations at the 2010 Nuclear Non-Proliferation Treaty Review Conference.