On 7 March 2021, a series of explosions occurred at a military camp located in Bata, the largest city of Equatorial Guinea. More than 100 people died and over 600 people were injured, according to the most recent media reports. Following these tragic events, the UN Secretary-General expressed his deep condolences to the people and Government of Equatorial Guinea.

Shortly after the incident, the Government requested the assistance of the UN Regional Centre for Peace and Disarmament in Africa (UNREC). The UN Office for Disarmament Affairs (UNODA), which oversees the Regional Centre, responded by promptly initiating an assistance mission under the UN SaferGuard Quick Response Mechanism. The UN SaferGuard Programme, managed by UNODA, is the system-wide knowledge management platform for conventional ammunition matters, providing ad hoc technical support to States in line with the International Ammunition Technical Guidelines (IATG).

The mission team was composed of the Director of UNREC and technical experts from the Ammunition Management Advisory Team (AMAT). AMAT was established in 2019 as a joint initiative of UNODA and the Geneva International Centre for Humanitarian Demining (GICHD) to provide a standing, technical advisory capacity for States.

With the logistical support of the UN Development Programme, the mission promptly deployed to Bata and initiated its work under the overall guidance of the UN Resident Coordinator in Equatorial Guinea. The team visited the explosion site and assisted the Government in assessing the cause of the incident, as well as identifying and reducing risks of further explosions and potential environmental impacts. The team also provided immediate technical advice on ammunition management and explosives safety and security risks based on the internationally accepted good practice contained in the IATG. 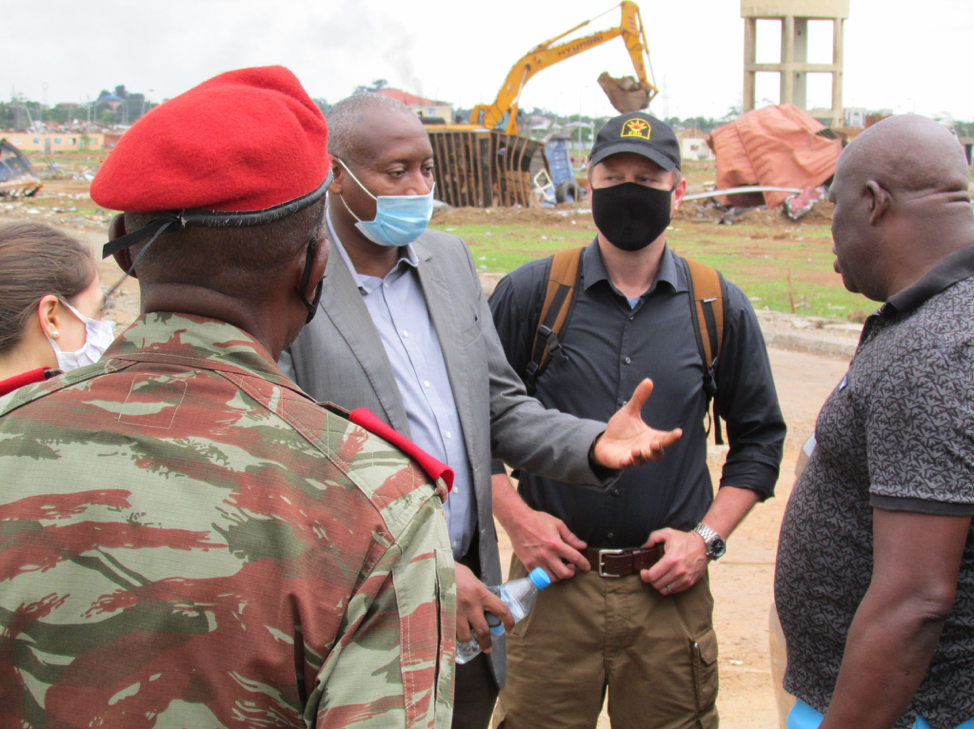 The team met with the national authorities, the Resident Coordinator and UN entities on the ground, including the UN Disaster Assessment and Coordination (UNDAC) team, as well as other bilateral assistance missions on site to support the Government. The mission shared its initial findings with the national authorities and the Resident Coordinator and made recommendations on how ammunition management practices can be improved, based on the IATG, to help prevent further incidents from occurring.

The UN SaferGuard Quick-response Mechanism – welcomed by the General Assembly through resolution 68/52 – was established to allow ammunition experts to rapidly deploy to assist States, upon request, in the urgent management of ammunition stockpiles, including in the aftermath of unintended explosions of ammunition.