74 Years of Nuclear Disarmament and the Contribution of Youth beyond 2020” – After wide-ranging dialogue, ODA launches call for applications from aspiring “Youth Champions” – UNODA

The United Nations Office for Disarmament Affairs (ODA) engaged approximately seventy young people in a wide-ranging discussion on youth action for disarmament to mark the 74th anniversary of the first UN General Assembly resolution, which established the goal of eliminating nuclear weapons and all other weapons of mass destruction. The event was organized with the support from the Permanent Mission of the Republic of Korea to the United Nations. 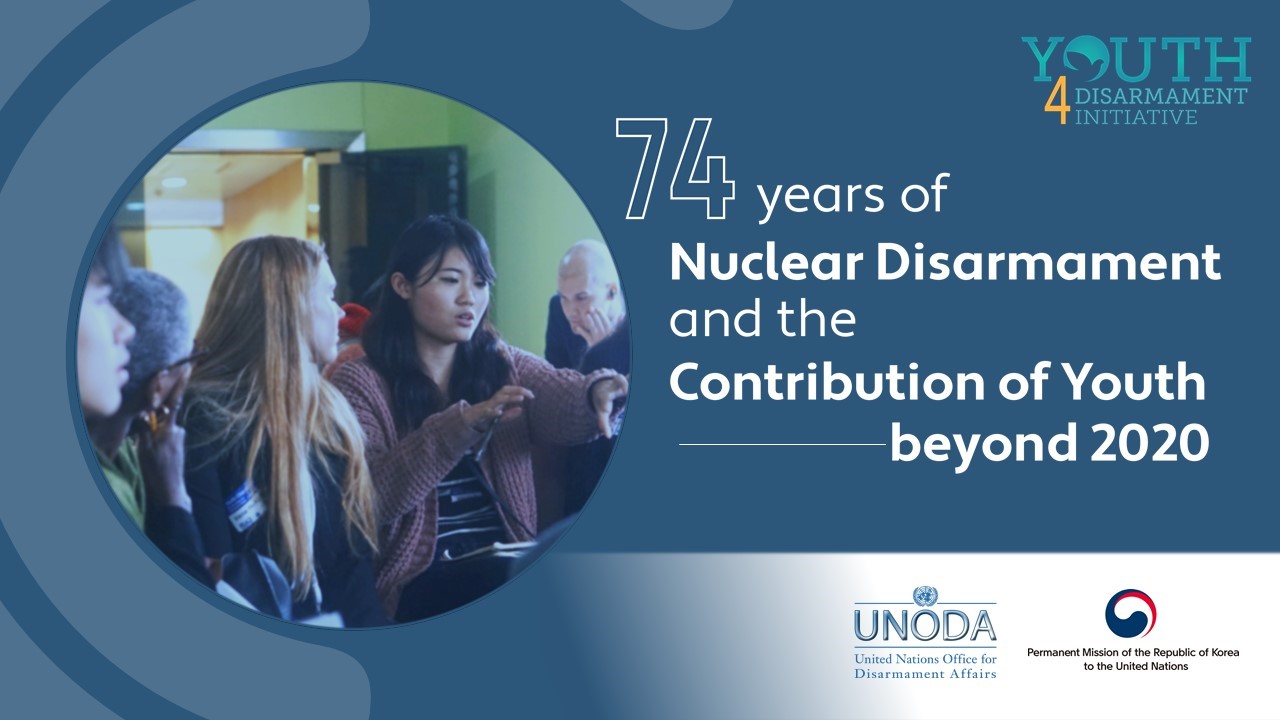 The event at UN Headquarters included the kick-off of “United Nations Youth Champions for Disarmament”, a training programme funded by the Government of Germany that will enable ten aspiring advocates to learn about disarmament on a two-week global study tour.

In opening remarks, Ms. Izumi Nakamitsu, Under-Secretary-General and High Representative for Disarmament Affairs highlighted the historical context and emphasized that nuclear weapons continue to threaten humanity. Noting the international community’s work on the issue to date, she stressed the vital role of youth in continuing that progress.

In a second opening statement, H.E. Mr. Cho Hyun, Permanent Representative of the Republic of Korea to the United Nations, emphasized the efforts of the Republic of Korea to advance disarmament, including through its recent sponsorship of the first-ever General Assembly resolution on “youth, disarmament and non-proliferation”. He referred to the historical role of the nuclear disarmament movement, which dates to the advent of nuclear weapons themselves, and he expressed optimism that Governments would succeed in negotiating stronger disarmament measures.

These introductions were followed by interactive discussions with ODA staff as well as youth experts and representatives of the International Committee of the Red Cross (ICRC), the International Atomic Energy Agency (IAEA) and the Preparatory Commission for the Comprehensive Nuclear-Test-Ban Treaty Organization (CTBTO PrepCom). Mr. Christopher King, Senior Political Affairs Officer and Deputy Chief of ODA’s Weapons of Mass Destruction Branch, gave an overview of the 74-year-old international efforts to achieve nuclear disarmament, touching upon key international treaties aimed at eliminating nuclear weapons and preventing their proliferation. He emphasized the continued threat that nuclear arms pose to societies across the world as well as the critical importance of a new generation engaging on the topic.

Following his remarks, Mr. King introduced the youth speakers, Ms. Crystal Isidor, Pace University senior and Model United Nations head delegate, as well as Ethan Klein, Ph.D. student at the Department of Nuclear Science and Engineering at the Massachusetts Institute of Technology. While Ms. Isidor discussed means for youth to become involved in disarmament—including through social media, volunteer opportunities and internships—Mr. Klein focused on ways that young people can bring together scientific and policy communities as well as options for nuclear scientists to help build trust and achieve progress towards disarmament. In this context, he discussed several developmental techniques to monitor and verify nuclear arsenals.

Youth participants were eager to ask questions and engaged in a robust exchange, covering issues that ranged from education programmes to avenues for involvement to connecting advocacy in different fields. Ms. Isidor and Mr. Klein, as well as the senior experts, emphasized the importance of education and internship opportunities, working together in communities and directly engaging with the political environment in one’s home country.

The discussion was followed by engaging contributions from Ms. Véronique Christory, Senior Arms Control Advisor to the ICRC; Ms. Tracy Brown, Acting Director and Liaison/Public Information Officer for the IAEA; and Mr. José Rosemberg, Senior Liaison Officer for the CTBTO PrepCom. These experts each emphasized the continued importance of disarmament advocacy and the pressing need to take political, legal and social action in pursuit of nuclear disarmament.

ODA ended the event by launching its Call for Applications for “United Nations Youth Champions for Disarmament”. This first-of-its-kind training programme will provide young people with learning opportunities on disarmament, including on a two-week study tour to Vienna, Geneva, Hiroshima and Nagasaki. The deadline to apply is 18 March 2020.

Following the event, the youth participants engaged in an open discussion with ODA staff, guest experts and one another over a networking lunch. 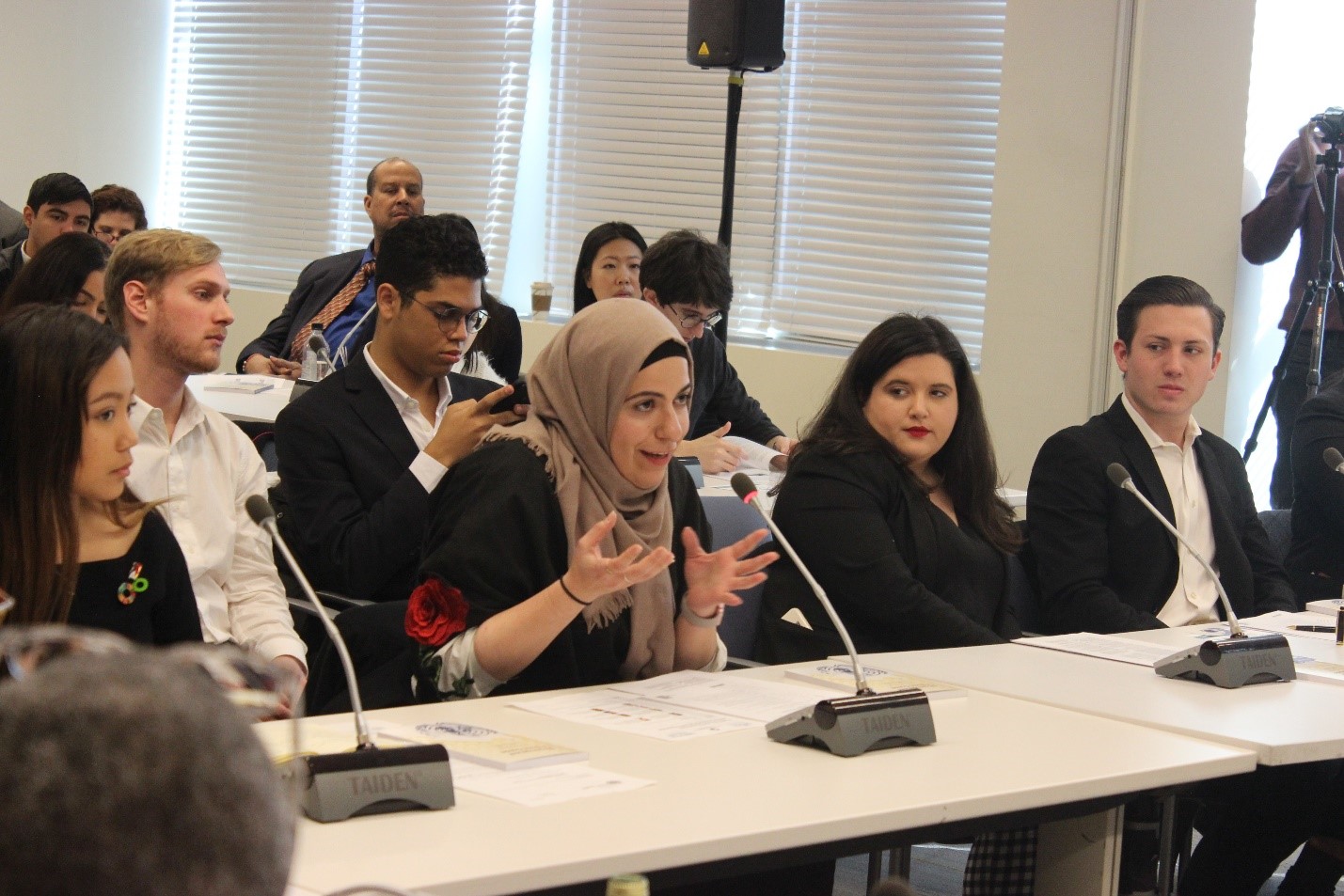 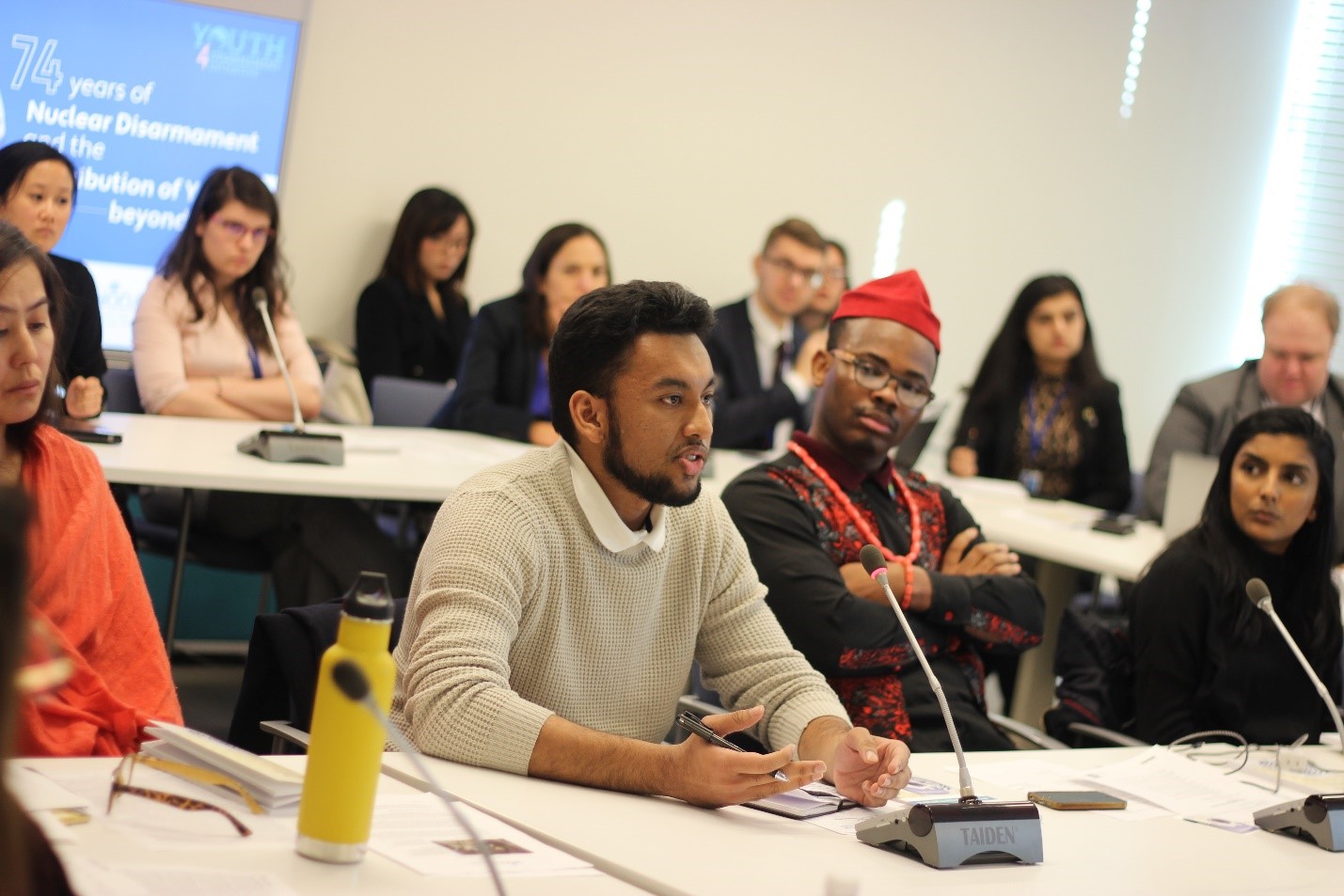 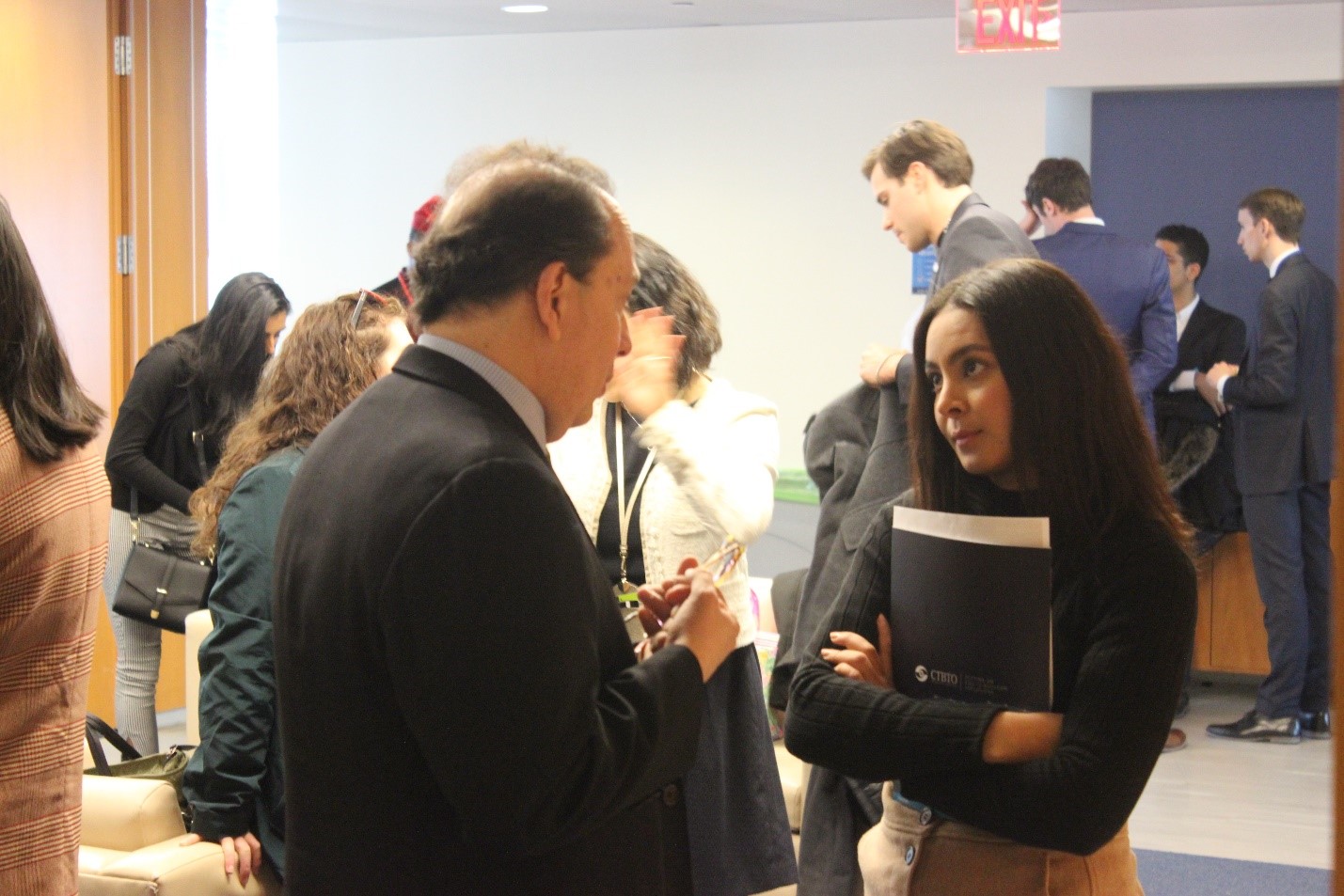 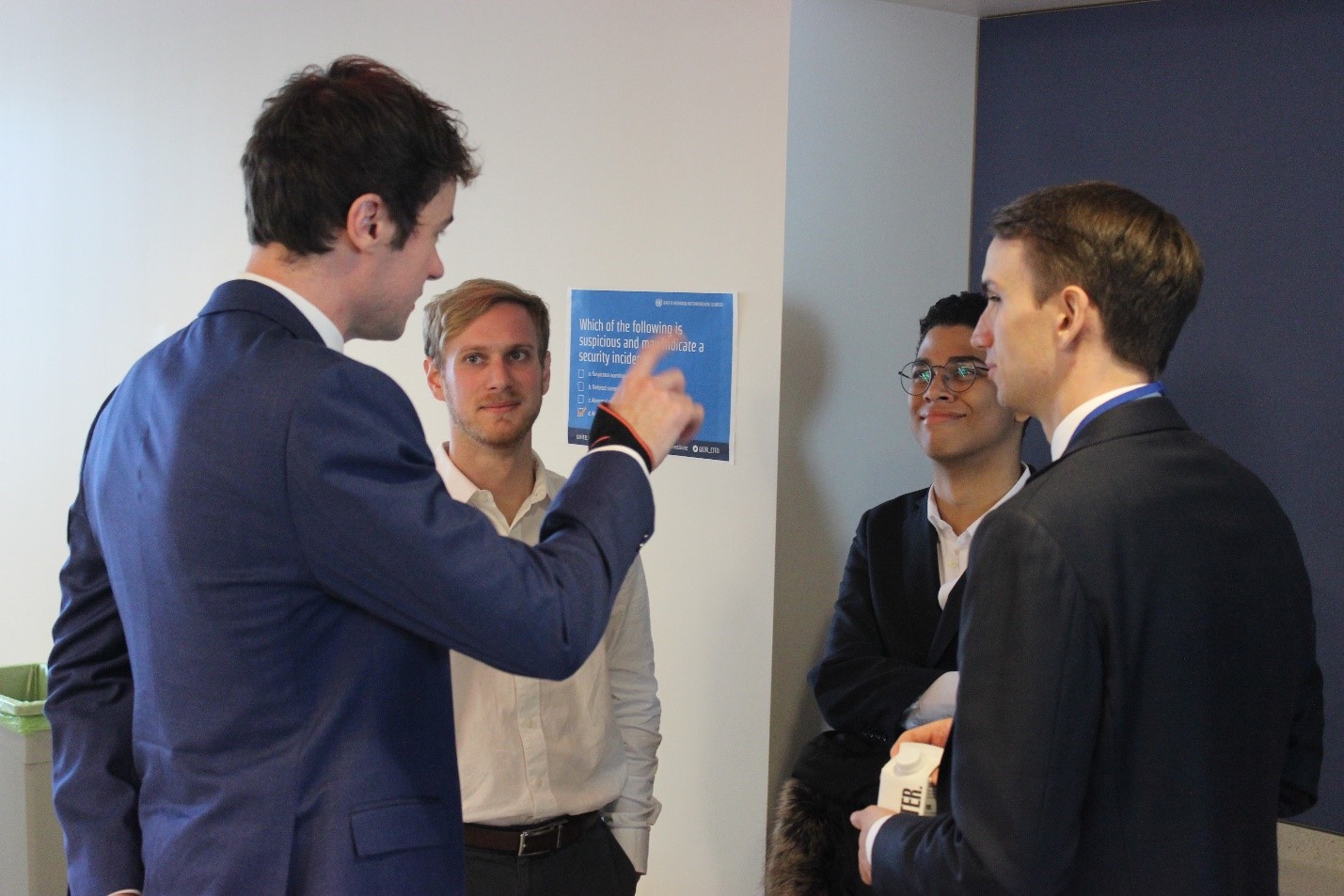