On 13 November 2014 UN Regional Centre for Peace, Disarmament and Development in Latin America and the Caribbean (UNLIREC) organized a roundtable on incorporating gender and youth approaches when implementing the United Nations Programme of Action on Small Arms (PoA) and the Arms Trade Treaty (ATT). The roundtable, which took place at the Ministry of Foreign Affairs of Mexico, responded to requests by States in the region for UNLIREC support in their implementation of international conventional arms regulation and control and instruments. 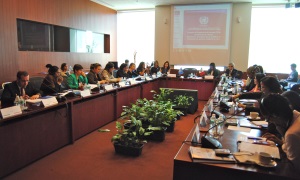 The roundtable highlighted good practices in incorporating gender and youth approaches in disarmament and arms control programmes, and evaluated practical ways to include gender in arms export assessments under the ATT.

The feedback received during this roundtable will help to enhance the gender-sensitive approaches mainstreamed in UNLIREC’s new ‘ATT Implementation Course’ and accompanying simulation exercises. This ATT training course, which has been successfully piloted and is now available to requesting States, complements resources provided by the United Nations Office for Disarmament Affairs (UNODA).

The perspectives and best practices exchanged during the expert roundtable will also be used to make UNLIREC’s new ‘arms export assessment tool’ more effective in reducing the risk of weapons being used to commit acts of violence, particularly against women and children.States in Latin America and the Caribbean have made considerable progress in the implementation of the PoA, which was adopted by the United Nations in 2001 as an instrument to prevent and combat trafficking in small arms and light weapons. Those States have also been strong supporters of the ATT, which was adopted in 2013 and will enter into force on 24 December 2014.

For more information on UNLIREC visit (www.unlirec.org). Please direct all of your questions or queries to Amanda Cowl, Political Affairs Officer (cowl[at]unlirec.org). 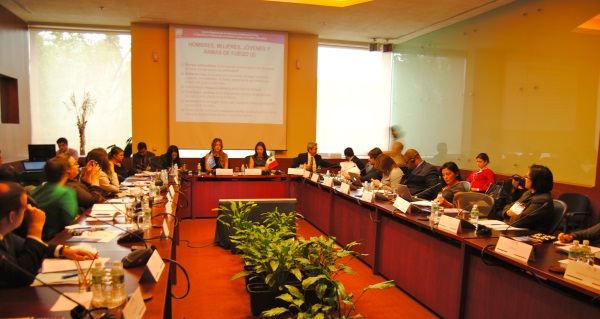