The majority of IED attacks occur in populated areas, causing harm overwhelmingly to civilians. In the period 2011-2015, 82 per cent of recorded casualties were civilians.
The impact on military, police and peacekeepers has been profound as well. The disruptive potential of IED use – and of the threat of IED use – is tremendous. 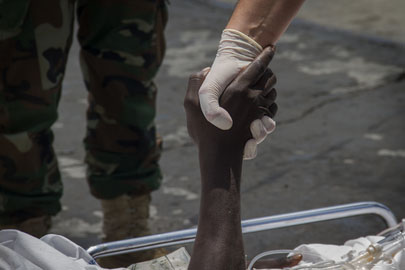 In Nigeria, suicide bombers caused the most civilian harm in 2015, with over 2,000 casualties in that year.

In Afghanistan, one of the world’s most heavily landmine-contaminated countries, IEDs kill 10 times more civilians than do landmines.

Use of victim-activated IEDs is in some places on a scale akin to that of the mine-laying of the twentieth century, them being scattered over fields and roads to deny access to towns and infrastructure.

In addition to producing large-scale carnage, such attacks can impede commerce, contribute to internal displacement and refugee flows, obstruct humanitarian responses and civil society activity,
and disrupt the provision of health care, education and sanitation and the practice of governance.

The use of IEDs against civilians affects the entire spectrum of their human rights, including the rights to life, physical security, education and health.

Moreover, the socioeconomic impact on the Sustainable Development Goals, in particular Goals 1 and 16, can be significant. Political instability, destruction of infrastructure and the high costs of recovery and rehabilitation of livelihoods are key drivers feeding enduring poverty.

Concentrations of children, including girls’ schools, have been the targets of IED attacks.

Unexploded and abandoned IEDs also pose a particular risk to children, with over 60 per cent of the casualties of explosive remnants of war (ERW), including IEDs, being under 18 years of age in 2014.

Children are sometimes used in support roles, for transport and employment, as well as in IED combat activities such as the planting of the devices and suicide bombings.

The number of children involved in suicide attacks in the Lake Chad basin rose from 4 in 2014 to 44 in 2015. More than 75 per cent of those children were girls.

As suicide attacks involving children become commonplace, children are at risk of being seen as threats to the community’s safety. 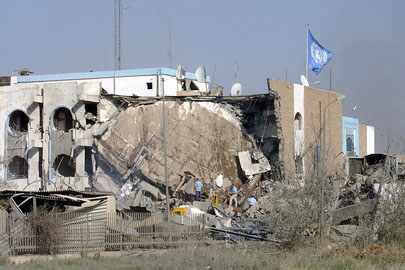 The use of IEDs represents a massive concern for armed forces and security forces. In some countries, such as Mali and Somalia, IEDs have been used recurrently to assassinate politicians and kill uniformed personnel.

A situation of recurrent IED attacks creates an environment of sustained insecurity which saps the morale of security forces, hinders recruitment and impedes security sector reform.

Over the past decade, the need for IED threat mitigation has resulted in a profound change in military priorities, tactics and strategy, often involving the incurring of mammoth costs.

The transformations range from increased use of helicopters over vehicles, extensive overhaul of training and sweeping battlefield treatment changes, to the emergence of a multibillion dollar industry encompassing surveillance, counter-intelligence, computer analysis, ground-penetrating radar, electrical jamming, body and vehicle armour, and computerized prostheses.

IEDs pose grave threats to the safety of United Nations personnel. These threats are now common, as the United Nations is increasingly called upon to intervene in violent environments where there is no formal peace agre ement or even a peace to keep.

In addition, United Nations personnel and peacekeepers are indirectly impacted by IEDs intended to cause damage to parties engaged in conflict.

The United Nations has been the target of IED attacks at residences and offices and against vehicles, to devastating effect.

The year 2015 witnessed 38 direct attacks against United Nations personnel and peacekeepers, resulting in fatalities, injuries and damage to property, in Afghanistan, the Democratic Republic of the Congo, Mali, Pakistan, Somalia, the Syrian Arab Republic, Thailand, the United Republic of Tanzania and Yemen.

The presence of IEDs seriously impedes the ability of the United Nations to deploy and effectively fulfil its mandates.

This results in delay or the reduced capacity of the United Nations to deliver crucial life-saving humanitarian and development programmes. It restricts force mobility, hampering logistics, patrolling, peace monitoring and engagement with leaders of factions and local communities.

This substantially increases the costs and logistical challenges faced, while reducing operational tempo.

At the September 2015 Leaders’ Summit on Peacekeeping, “better protection against IEDs and improved information and analysis” featured prominently on the Secretary-General’s list of necessities for which every nation should consider providing support. 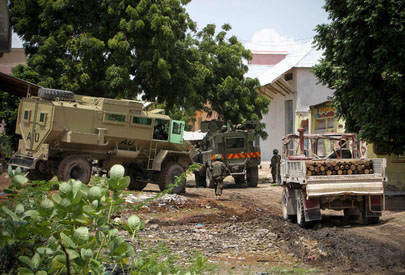 IED attacks can impact on political processes when they are used to attain power, claim territorial control, disrupt elections and target individuals and institutions, including the United Nations.

Attacks on humanitarian personnel can either be direct or take the form of sequential attacks on first responders after they have arrived on the scene of an incident.

Such attacks affect the delivery of humanitarian and food-related assistance and the safe return of internally displaced persons and refugees, as well as the socioeconomic recovery of affected nations.

IEDs that remain undetonated on urban or rural terrain can block humanitarian access to vulnerable populations and vital infrastructure, and hinder reconstruction efforts.

Over the last decade, hundreds of humanitarian workers have been killed or injured by IEDs. Nearly one third of the incidents occurred in Afghanistan, where one quarter of non-governmental organizations have had staff that were killed or injured by IEDs; and one third of those organizations have pulled entire operations from specific areas owing to IED threats.

Humanitarian organizations spend increasing amounts of their budget on their own security in order to ensure adequate protection for their personnel.