This page links to resources and press releases related to the 2011 Session of the Conference on Disarmament. 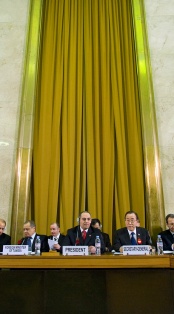