In December 2018, the General Assembly established two processes to discuss the issue of security in the use of ICTs during the period of 2019-2021, an Open-ended Working Group and a Group of Governmental Experts. Click on the below for more information. 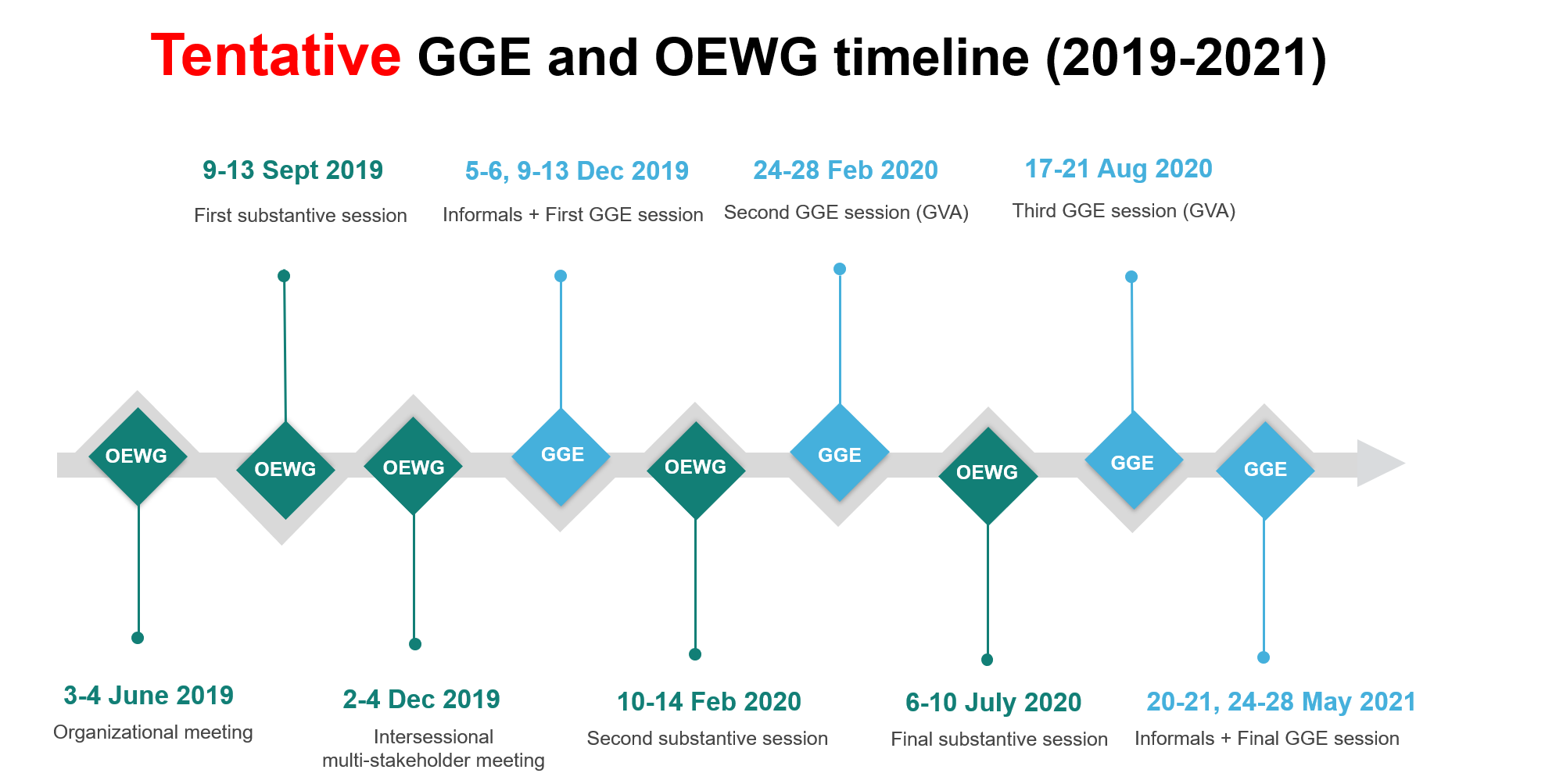 Few technologies have been as powerful as information and communications technologies in reshaping economies, societies and international relations. Cyberspace touches every aspect of our lives. The benefits are enormous, but they do not come without risk. The global ICT environment is facing a dramatic increase in the malicious use of ICTs by State and non-State actors. The misuse of ICTs poses a risk for all States and may harm international peace and security.

International ICT-security at the United Nations

The issue of information security has been on the UN agenda since 1998, when the Russian Federation introduced a draft resolution on the subject in the First Committee of the UN General Assembly. It was then adopted without a vote by the General Assembly as resolution 53/70. Since 2004, five Groups of Governmental Experts (GGE) have continued to study the threats posed by the use of ICTs in the context of international security and how these threats should be addressed. Three of these Groups have agreed on substantive reports with conclusions and recommendations that have been welcomed by all UN Member States. Furthermore, each GGE built on the work done by the previous one, making significant cumulative progress on the issues at hand.The GGE reports have been well-received by the General Assembly of the United Nations. In particular, the 2015 report of the GGE was adopted by consensus in resolution 70/237. This resolution “calls upon Member States to be guided in their use of information and communications technologies by the 2015 report of the Group of Governmental Experts.”

The work of the Groups of Governmental Experts

The work of the Groups of Governmental Experts have focused on the following topics:

This Factsheet provides an overview of the work of the GGEs.

Below is a list of the substantive reports agreed by past GGEs.

Since 1998, there have been annual reports by the Secretary-General to the General Assembly with the views of UN Member States on the issue.
In 2019, Member States have again been invited to submit their national views on the subject through resolutions 73/27 and 73/266. These views will be included in the 2019 annual report of the Secretary-General on Developments in the field of information and telecommunications in the context of international security.

United Nations Secretary-General António Guterres has expressed concern over the malicious use of ICTs. He has therefore made the promotion of a peaceful ICT-environment one of his key priorities. In May 2018, the Secretary-General launched his Agenda for Disarmament. In the Agenda, he notes that “global interconnectivity means that the frequency and impact of cyberattacks could be increasingly widespread, affecting an exponential number of systems or networks at the same time.” He further states that “in this context, malicious acts in cyberspace are contributing to diminishing trust among States.” To address these challenges, the Secretary General has included two action points on cyber in the implementation plan of the Agenda for Disarmament.

Action points on ICT-security in the implementation plan of the Agenda for Disarmament:

30. The Secretary-General will make available his good offices to contribute to the prevention and peaceful settlement of conflict stemming from malicious activity in cyberspace.

31. The Secretary-General will engage with Member States to help foster a culture of accountability and adherence to emerging norms, rules and principles on responsible behaviour in cyberspace.