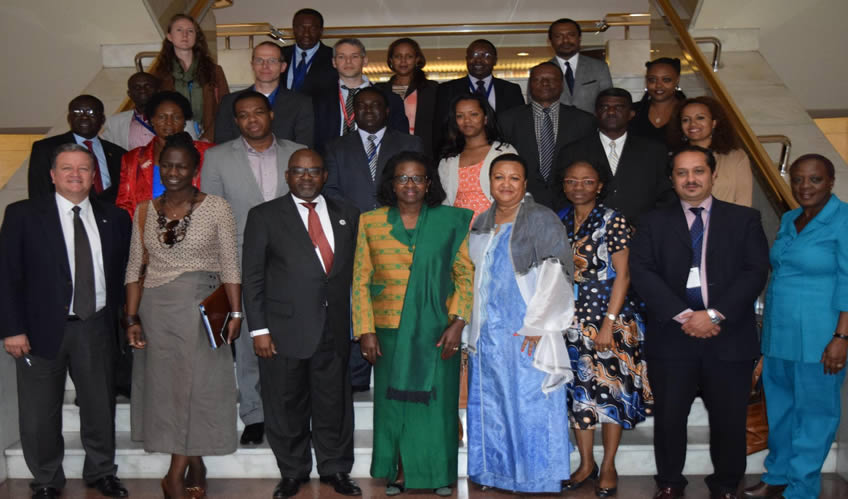 On 25 January 2016, UNREC (ODA), UNOCHA, and the African Union convened a High Level Panel on the “Silencing the Guns in 2020”; a side event on the margins of the Summit of Heads of State of the African Union in Addis Ababa, Ethiopia. The participants included representatives of the AU Peace and Security, Political and Social Affairs Departments, the AU Special Envoy for Women, Peace and Security Mme Bineta Diop, as well as the ICRC, IOM, UNOAU, UNESCO, UNHCR and UN Women. Representatives of several African Member States, including South Africa, Gabon, Zimbabwe, and Malawi, and other members of the diplomatic community also participated in the meeting.

The discussion was an opportunity for participants to share information, strategise towards enhancing coordination as well as discuss different approaches to effective gun control. Ideas presented ranged from engaging with a broad range of stakeholders to changing the public perception and mentality around guns, addressing the root causes of conflict, strengthening governance and addressing corruption. There was consensus on the need to embark on a sensitisation and awareness education campaign on the negative consequences of illicit flow of arms in Africa. There were also recommendations to encourage African Member States’ ratification of international instruments such as the Arms Trade treaty (ATT), the need to strengthen physical security and stockpile management (PSSM), and the need for African states to share information including intelligence on illicit gun trafficking. More information