Coinciding with the celebrations of the UN International Day on the Elimination of Violence against Women on 25 November 2014, UNODA’s Regional Disarmament Centre in Lima (UNLIREC) launched a new publication aimed at maintaining international momentum in progressing towards women’s empowerment in the security field. The UNLIREC publication entitled “Forces of Change II: Recognizing the contribution of Latin American and Caribbean Women to  ” pays tribute to the women who capture the essence of resolution 65/69 adopted by the United Nations General Assembly in 2010 on women, disarmament, non-proliferation and arms control. 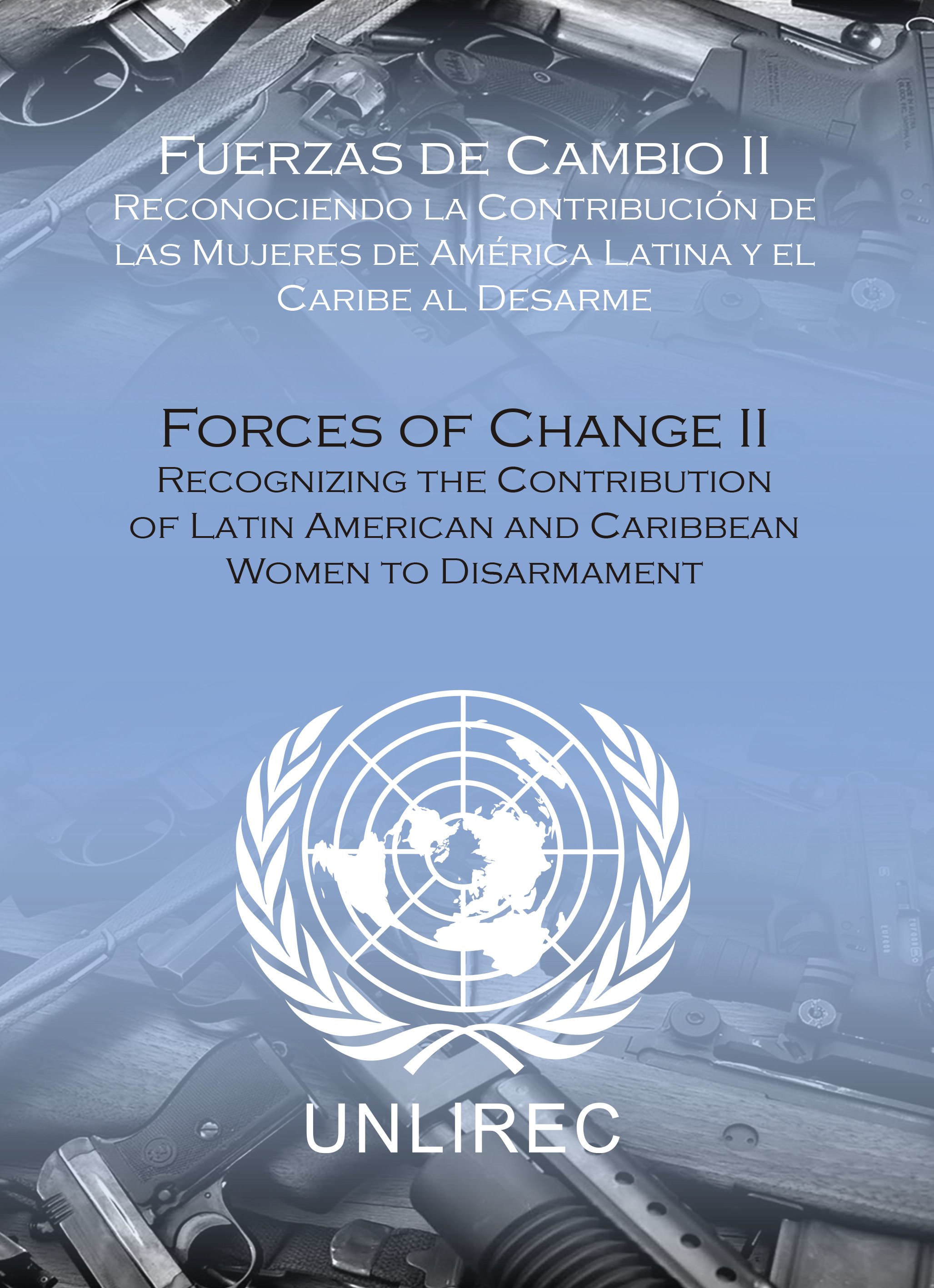 In early 2014, UNLIREC reached out to all Latin American and Caribbean States to nominate women responsible for the implementation of an extensive range of disarmament matters. The contributions were voluntary in nature and came from all parts of the region. The response was overwhelmingly positive and UNLIREC witnessed an outpouring of interest from, most notably, Argentina, Peru and Trinidad and Tobago.

In ‘Forces of Change II’, readers will find the stories of policy-makers, diplomats, security forces representatives, justice officials, and civil society workers who dedicate their lives, day in and day out, to advancing the women, peace and security agenda from their unique scope of action. Ambassador Maria Cristina Perceval of Argentina, one of the eighty women featured, reflected on the work being carried out in the region: “Disarmament is a life project, an ethical decision and a political commitment. Disarming inequalities, hatred, violence, discrimination, injustice, intolerance, fear, and domination is the means of ensuring that every conflict that destroys us […] ceases to exist”.

In a similar vein, the United Nations High Representative for Disarmament Affairs, Angela Kane, acknowledged UNLIREC’s publication as an emblematic illustration of the valuable contribution of women to disarmament efforts, citing that “the only true means of fully implementing the spirit of landmark resolutions, such as resolution 65/69, is to genuinely embrace the crucial role played by women and secure their place as ‘forces of change’ in disarmament, non-proliferation, and arms control.”

UNODA and its Regional Centres are dedicated to assisting States in their implementation of Resolution 65/69. The publication launched today, is the second of its kind.  UNLIREC invites you to participate in the third edition of this publication, or recommend any exceptional women working in the field of disarmament, by writing to [officeofthedirector@unlirec.org] with your nominations.

For more information on UNLIREC visit (www.unlirec.org). Please direct all of your questions or queries to: Ms. Amanda Cowl, Political Affairs Officer ( cowl[at]unlirec.org ).