Students discuss how to innovate responsibly with artificial intelligence – UNODA

As artificial intelligence (AI) becomes more sophisticated and versatile, the pioneers of this technology hold considerable power to shape its social impacts.

That is why the University of Tokyo joined the United Nations Office for Disarmament Affairs (ODA) in February to hold two days of virtual workshops on AI governance. By posing ethically complex questions on AI use to students in science, technology, engineering and mathematics (STEM), among other fields, the workshop series challenged participants to examine how their future innovations could affect peace, security and disarmament.

The workshops brought together 40 students from the University of Tokyo, and other leading education institutions around Japan, to learn from experts from academia, the private sector, civil society, government and international organizations, including ODA.

The series was part of the “Responsible Innovation for a Secure Environment” (RISE) project, aimed at engaging the next generation of industry leaders, engineers and scientists and providing them with the tools and frameworks necessary to innovate responsibly. The workshops were the project’s first activities conducted in a language other than English.

After a day of interactive briefings with experts, students took on the roles of various stakeholders in the impact of AI—such as government officials or members of marginalized communities—and debated how to handle AI technology in several use cases. Then, in smaller groups, participants considered how to respond in a series of increasingly consequential scenarios, starting with questions over AI use in shops and progressing to potential uses by military and security services, with more immediate disarmament, peace and security implications. 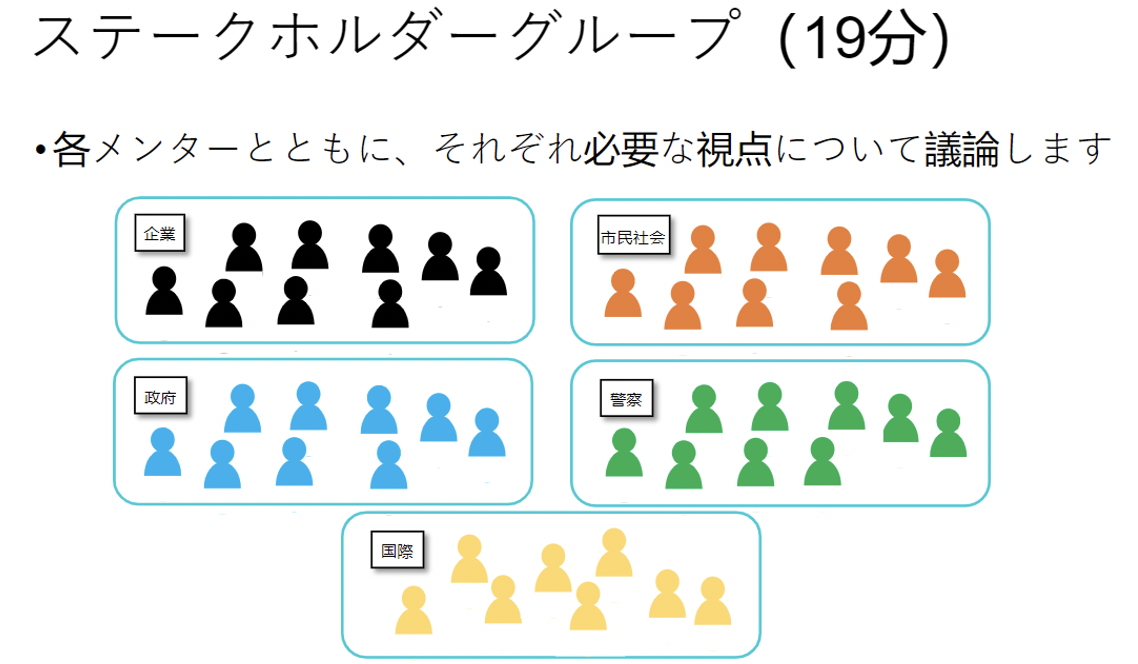 Students worked with expert mentors and role-played as various stakeholders while considering the impacts of AI development and use on global society, peace and security

Next, students engaged in virtual debates over how to prioritize different technological and social challenges and the possible implications of different choices in the development and use of AI. . They also considered what “responsible innovation” means in practice, and how the concept could be applied in support of global peace and security and the field of disarmament. 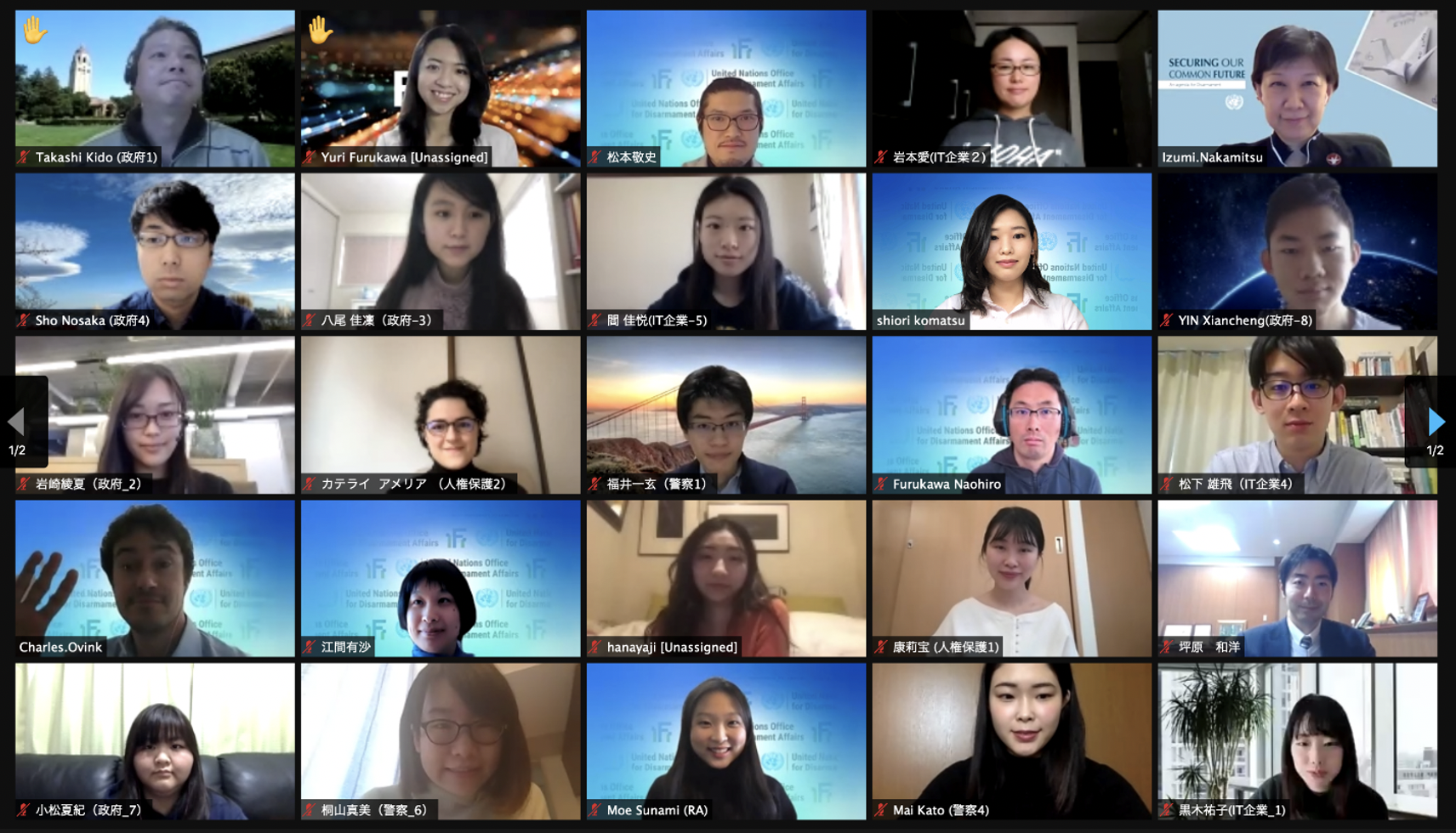 Students from universities across Japan met online to learn about the social and disarmament implications of emerging technologies.

In another segment of the workshop series, the Under-Secretary-General and High Representative for Disarmament Affairs, Ms. Izumi Nakamitsu, joined the group for a wide-ranging discussion and question-and-answer segment. Their exchange touched on subjects such as the implications of AI for sustainable development, disarmament and arms control, as well as options to address problems from bias in AI systems.

Students said that the workshops widened their perspectives and introduced them to new concerns and concepts, including the need to ensure that AI does not replicate or exacerbate existing dynamics of bias and prejudice; the benefits of designing AI systems to make their decisions easier for humans to understand; and the need to include more diverse voices in technological development.

The Responsible Innovation for a Secure Environment (RISE) project is aimed at building capacities for responsible innovation, highlighting why such innovation is important for fostering development, mitigating security and arms risks, and ensuring the peaceful application of science and technology. The effort is intended to bring fresh perspectives while simultaneously creating and supporting a culture of responsible behaviour, accountability and adherence to norms, rules and principles for responsible innovation. This is particularly important in the area of disarmament, as well as for peace and security more broadly.

The RISE project follows a 2018 commitment by the Secretary-General to “engage and work with scientists, engineers and industry to encourage responsible innovation of science and technology”, and “to ensure its application for peaceful purposes”. Responsible innovation is a key element of the Secretary-General’s Agenda for Disarmament, “Securing Our Common Future”, and central to the work of ODA and UNRCPD.