The first anniversary of the United Nations Secretary-General’s appeal for a global ceasefire during the pandemic, 23 March 2021, provided an opportune moment to take stock of current efforts and opportunities to promote peace, security and development.

They were participating in the Disarmament, Non-proliferation and Arms Control (DNA) Workshop on Development, organized by the United Nations Office for Disarmament Affairs (UNODA) in collaboration with the Office of the UN Secretary-General’s Envoy on Youth.

Over 20 people, including presenters, connected to the event from around the world. 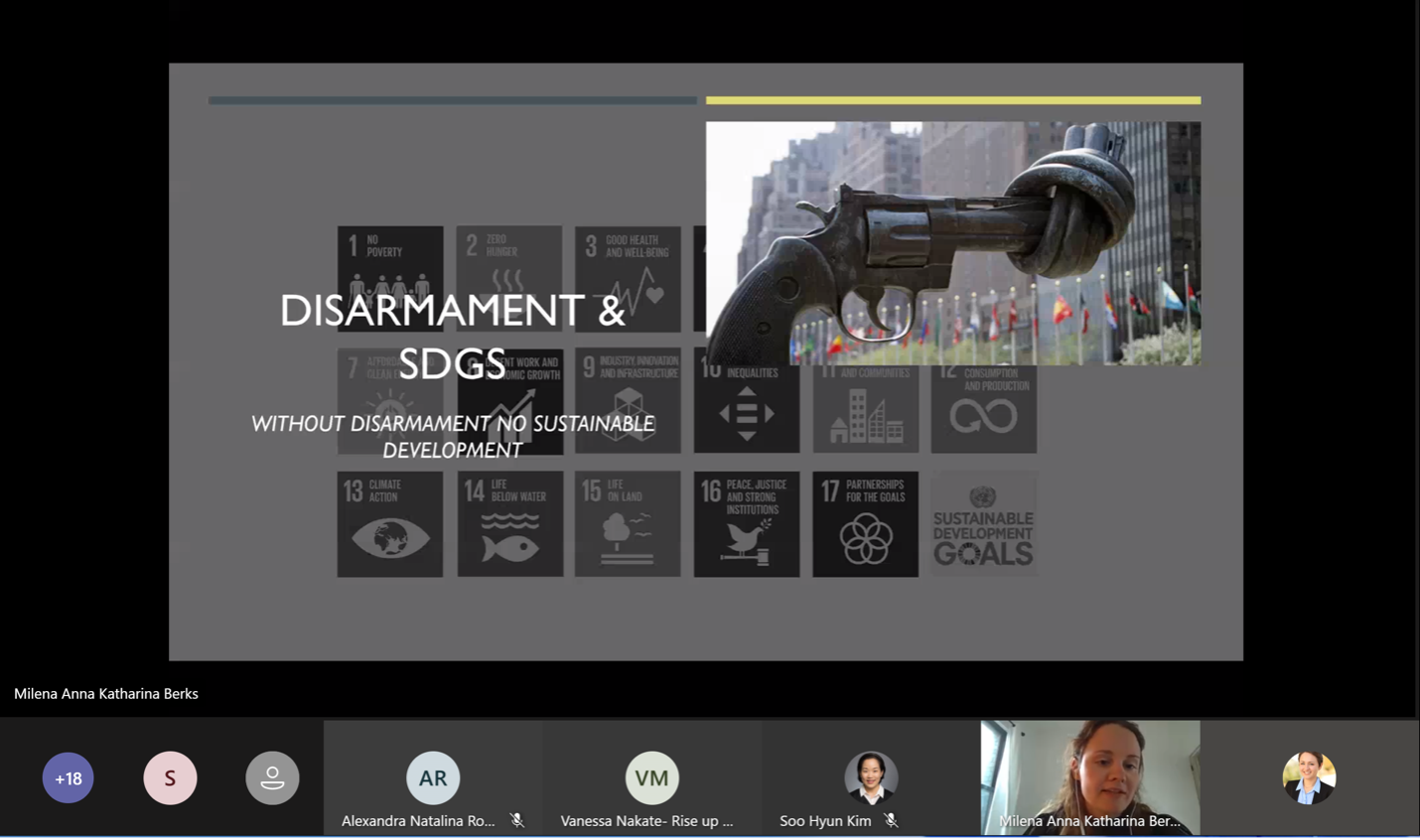 Ms. Milena Anna Katharina Berks of UNODA discussing the relationship between the SDGs and Disarmament.

Next, Ms. Milena Berks of UNODA explained how disarmament, non-proliferation, arms control (DNA) are related to development, as well as connections between the Sustainable Development Goals (SDGs) and youth work in disarmament. She also discussed the impact of explosive weapons on civilian infrastructure and other resources needed for sustainable development.

Ms. Katherine Prizeman, a UNODA Political Affairs Officer, then discussed how the SDGs apply to communities around the world, particularly SDG 11 on making cities and human settlements inclusive, safe, resilient and sustainable. She emphasized the need for arms control measures that can increase urban safety and help prevent the misuse of deadly weapons in civilian areas. Ms. Prizeman also highlighted the disturbing rise in armed conflict near population areas. 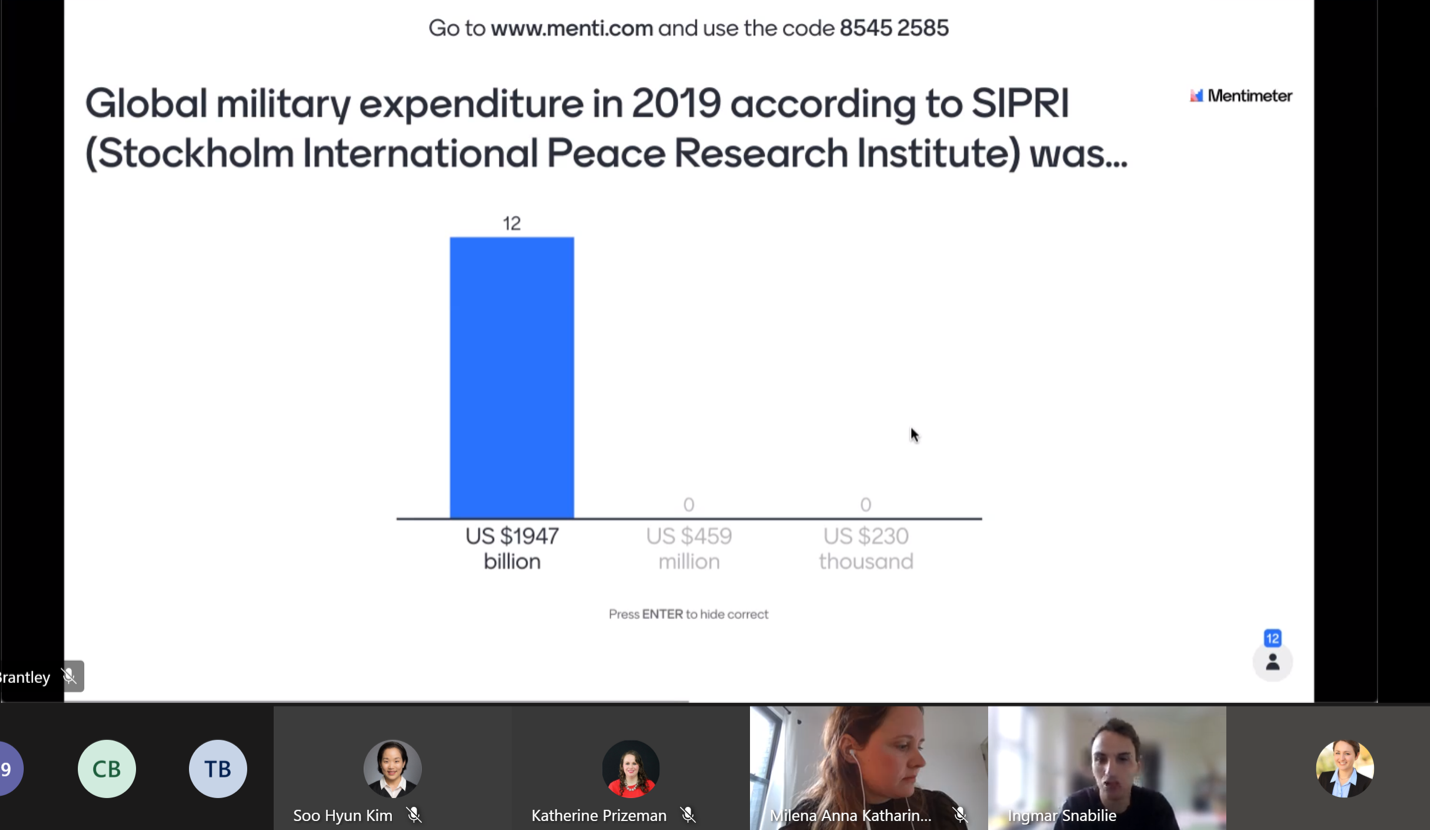 Mr. Ingmar Snabilie, also of UNODA, delivered a presentation on the world’s surging global military and arms expenditures, emphasizing how money spent on weapons could instead support development around the world. He then joined Ms. Berks to discuss the relationship between gender and disarmament, the importance of inclusivity and the impact of gender-based violence on society. 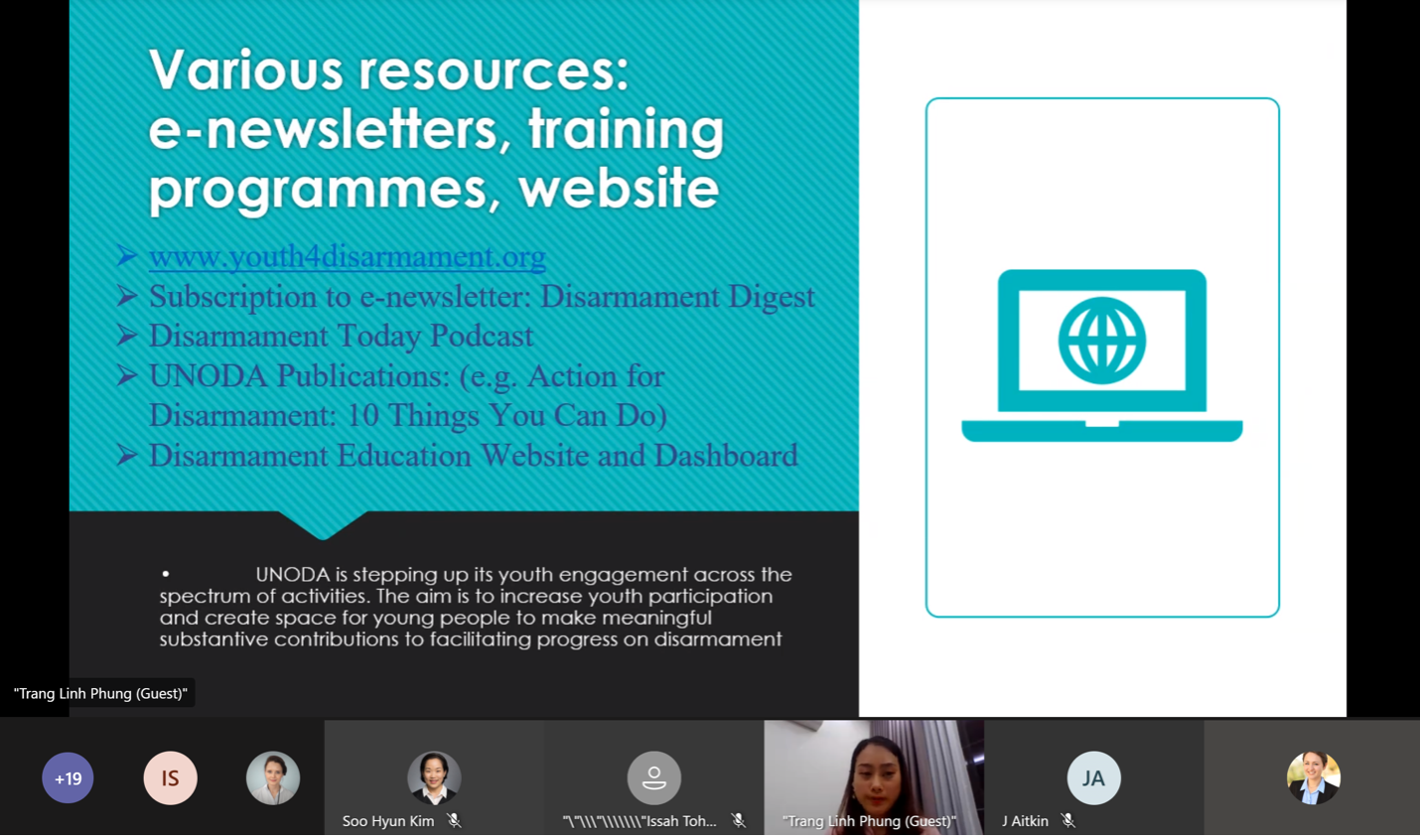 Ms. Linh Trang Phung, a UN Youth Champion for Disarmament from Viet Nam, discussed her experience as a Youth Champion, highlighting her work in the Asia-Pacific region with UNODA’s regional centre in Asia and the Pacific(UNRCPD). She also noted that the Youth Champions programme is focused on participation, prevention, and partnerships aimed at encouraging youth participation in disarmament efforts around the globe.

Presenters and participants take part in a question-and-answer session.

Following presentations from UNODA staff and the UN Youth Champions for Disarmament, the workshop concluded with a question-and-answer session between the participants and presenters. Their discussion touched on topics like how to fund youth-led disarmament programs, strategies for engaging with external stakeholders and activities to prevent gender-based-violence. 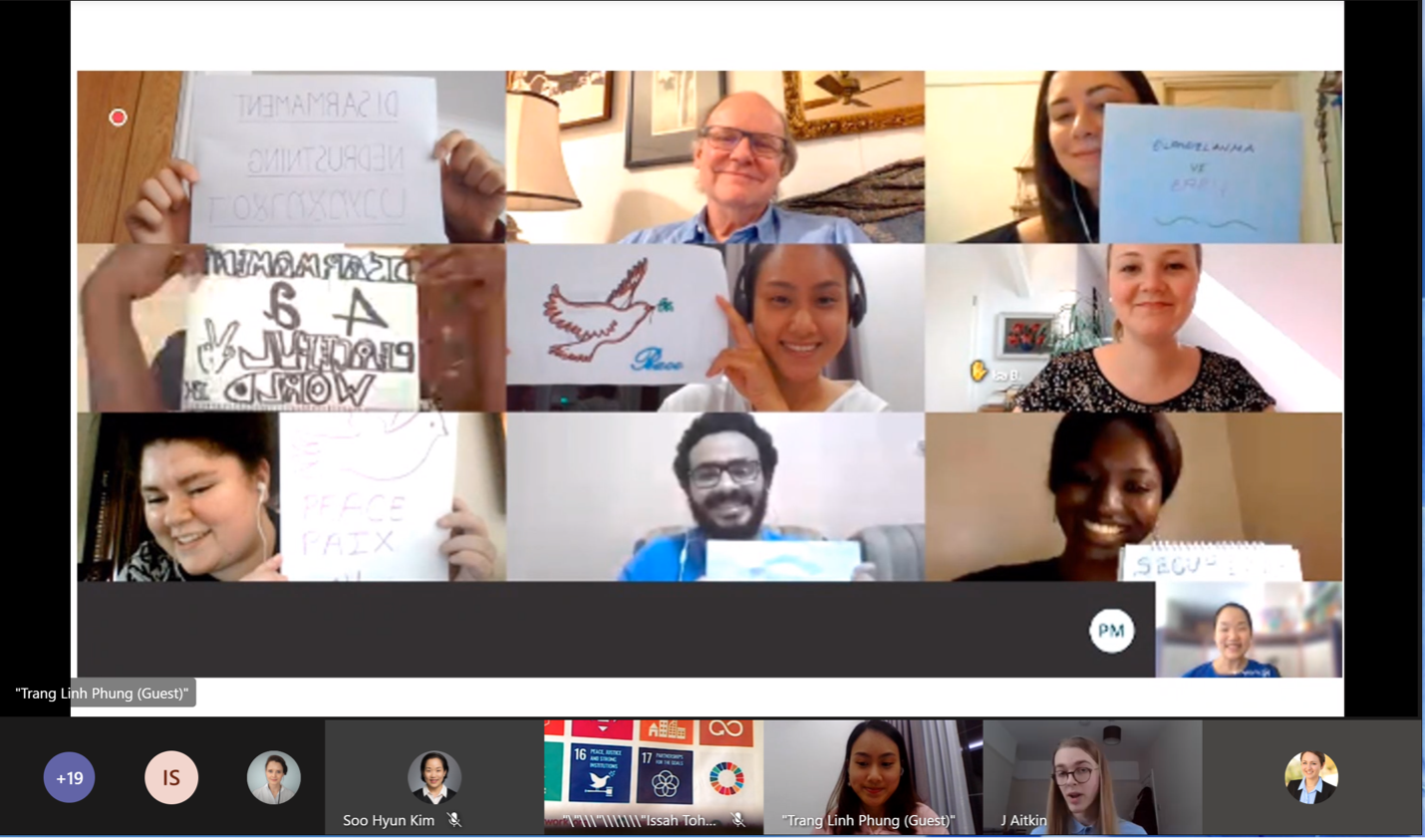 To learn more about the #Youth4Disarmament initiative, as well as various workshops and events, visit youth4disarmament.org.