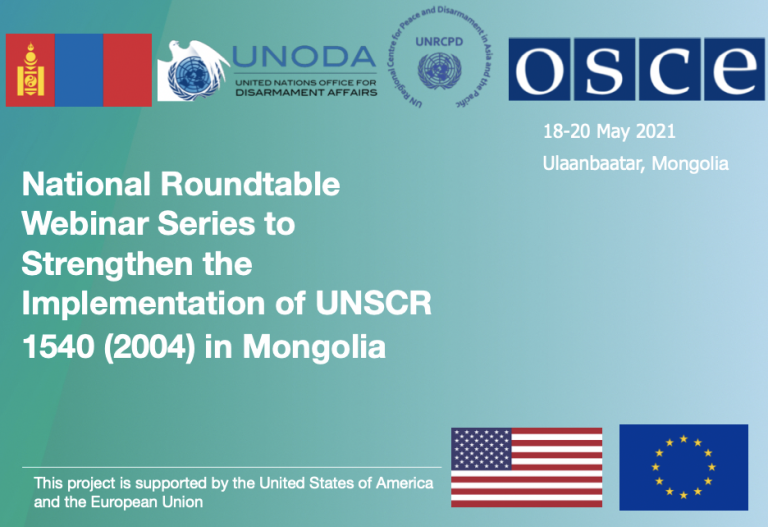 Last month, the Government of Mongolia, the United Nations Office for Disarmament Affairs’ Regional Centre for Peace and Disarmament in Asia and the Pacific (UNRCPD) and the Organization for Security and Co-operation in Europe (OSCE), in cooperation with the Security Council Committee established pursuant to resolution 1540 (2004) (the 1540 Committee), hosted a virtual round-table exercise with the aim to strengthen Mongolia’s national efforts to implement UN Security Council resolution 1540 (2004) on the non-proliferation of weapons of mass destruction to non-State actors.

In resolution 1540 (2004), the Security Council decided that all States shall refrain from providing any form of support to non-State actors that attempt to develop, acquire, manufacture, possess, transport, transfer or use nuclear, chemical or biological weapons and their means of delivery, in particular for terrorist purposes. It also requires all States to adopt and enforce appropriate laws to this effect as well as other effective measures to prevent the proliferation of these weapons and their means of delivery to non-State actors, in particular for terrorist purposes.

Over the course of three days, representatives from various Mongolian ministries and agencies that are responsible for implementing the resolution met with United Nations experts and assistance providers, including the World Customs Organization (WCO) and the Export Control and Related Border Security (EXBS) program of the United States, to share experiences and take stock of progress towards the full and effective implementation of the resolution. 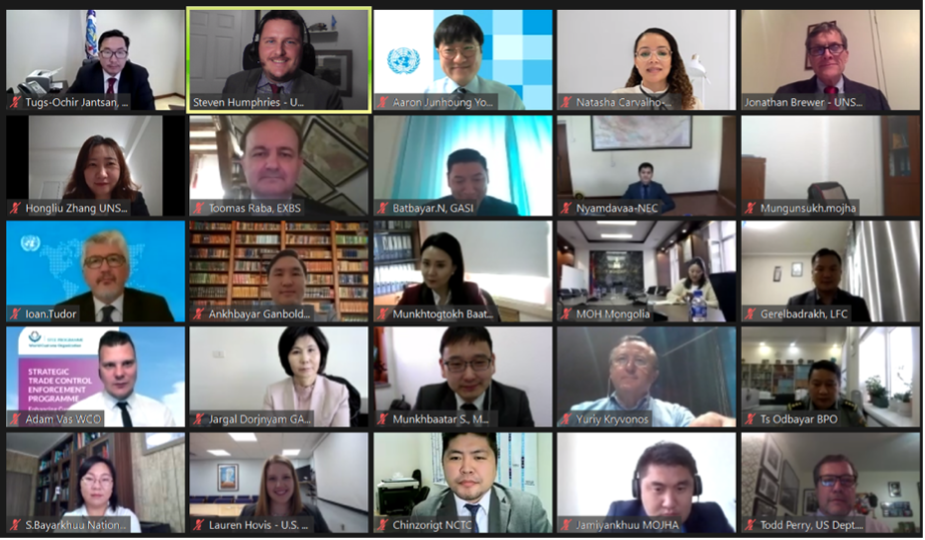 Participants from Mongolian ministries and agencies and experts from different parts of the world discussed ways to strengthen Mongolia’s efforts to fully implement resolution 1540 (2004).

The meeting also provided an opportunity for the Mongolian authorities to move forward with developing a 1540 national implementation action plan (NAP), which maps out priorities and plans for implementing the key provisions of the resolution. Participants discussed potential new national measures with a view to preventing the proliferation of nuclear, chemical, and biological weapons, their materials and their means of delivery to non-State actors. Additionally, they strategized about ways to further strengthen Mongolia’s strategic trade control system. As a next step, Mongolian authorities will conduct an internal review and authorize the national action plan, before submitting it to the 1540 Committee.

The webinar series was sponsored by the Government of the United States of America and the European Union. Going forward, UNODA, UNRCPD and the OSCE, in cooperation with the 1540 Committee, will continue to facilitate the provision of technical and legal assistance for Mongolia so that it can build on its national capacity to fulfil its obligations under resolution 1540 (2004). 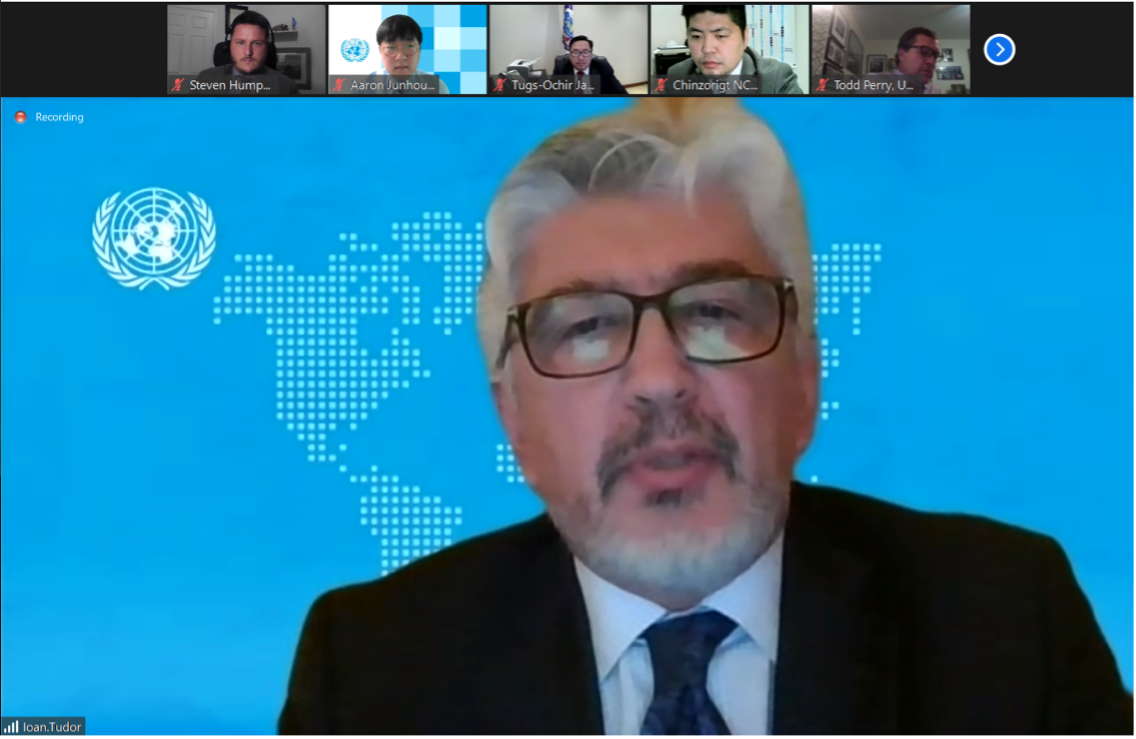