Side event at the First Committee on Nuclear Disarmament Verification – UNODA 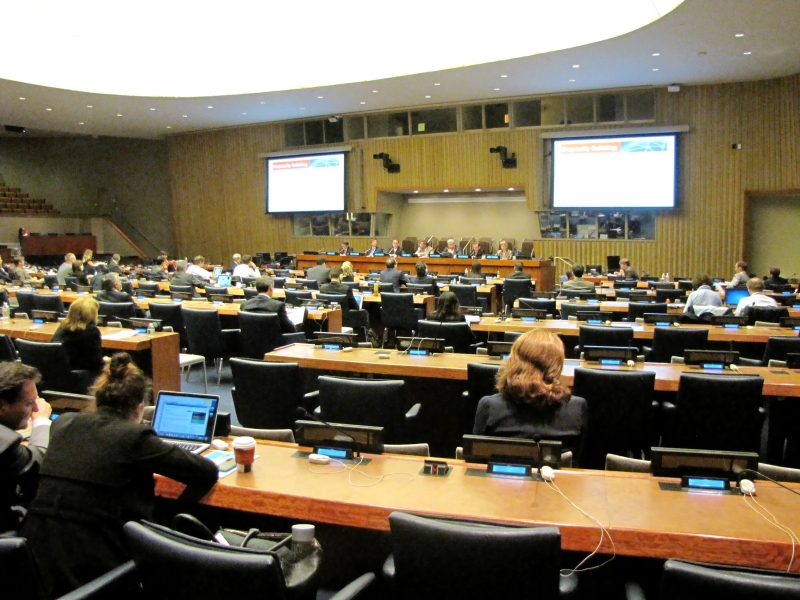 On Wednesday 14 October the members of the First Committee enjoyed a side event hosted by the Permanent Mission of the United States, called “Harnessing the tools and technologies to realize nuclear disarmament: International Partnership for Nuclear Disarmament Verification.” The International Partnership for Nuclear Disarmament Verification (IPNDV) is an initiative of the US, and consists of more than 25 States that share expertise on technical, legal and logistic challenges related to nuclear disarmament verification mechanisms. The side event briefed the First Committee on the progress made by IPNDV, as this Partnership has only been in existence for less than a year.

The speakers discussed the importance of the existence of the IPNDV, as it includes both nuclear-weapon States and non-nuclear-weapon States alike. Non-nuclear-weapon States can also contribute, as they can share expertise gained from disarmament verification of biological and chemical weapons, as well as from safeguard agreements for civil nuclear energy made under the International Atomic Energy Agency (IAEA). The inclusion of non-nuclear-weapon States would furthermore increase international confidence in the solutions that will be presented by the partnership. The speakers then explained the progress made, and how three subsidiary Working Groups had been established. The first working group will be on Monitoring and Verification Objectives, chaired by the Netherlands and Italy. The second working group will be on On-site Inspections, chaired by Poland and Australia. The third working group will be on Technical Challenges and Solutions, chaired by the USA and Sweden. It was mentioned that the second plenary meeting of IPNDV will take place 16 – 18 November in Oslo, Norway. The panel also pointed towards the recent establishment of the Monitoring and Verification Resource Collection, a bibliography of studies and reports that have been made on key aspects of disarmament verification, including the new Joint U.S.-U.K. Report on Technical Cooperation for Arms Control. After the panel spoke, there was an opportunity for debate. Topics came up such as whether the IPNDV is complementary to a possible nuclear weapons ban, the inclusion of a cross-regional group of States and institutions, and how the outcomes will be shared. The outcome of the Second Plenary will be made available to IPNDV non-member States in separate events after it takes place. 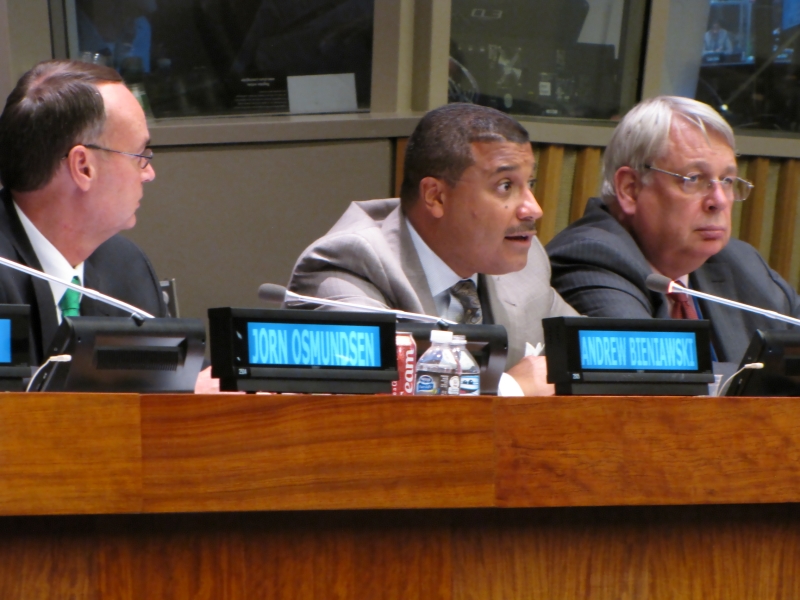 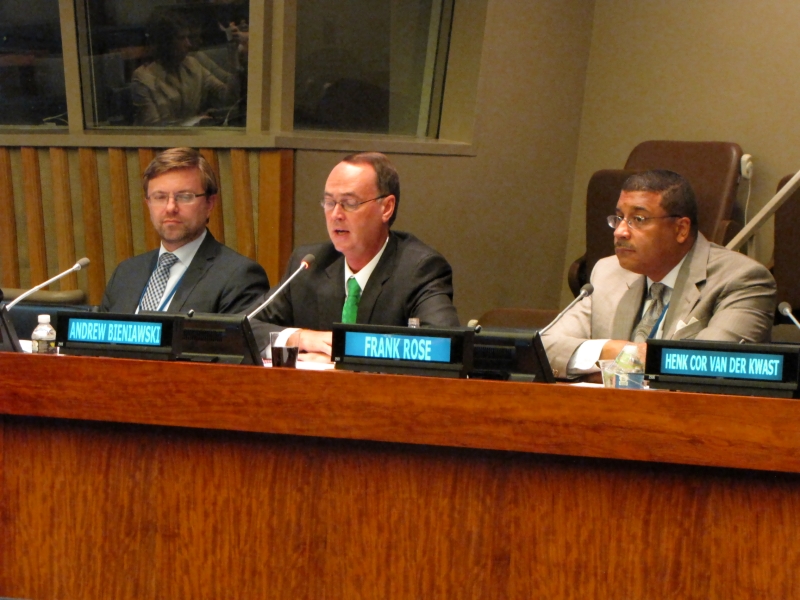 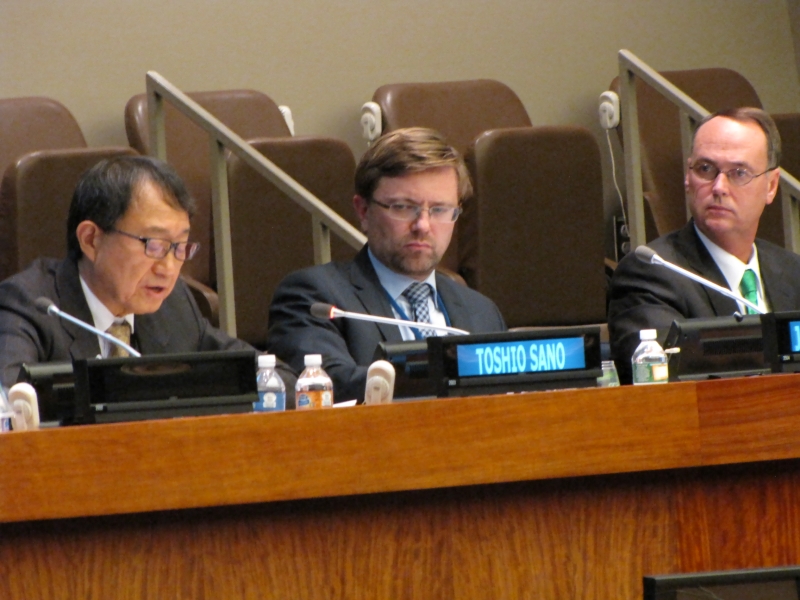 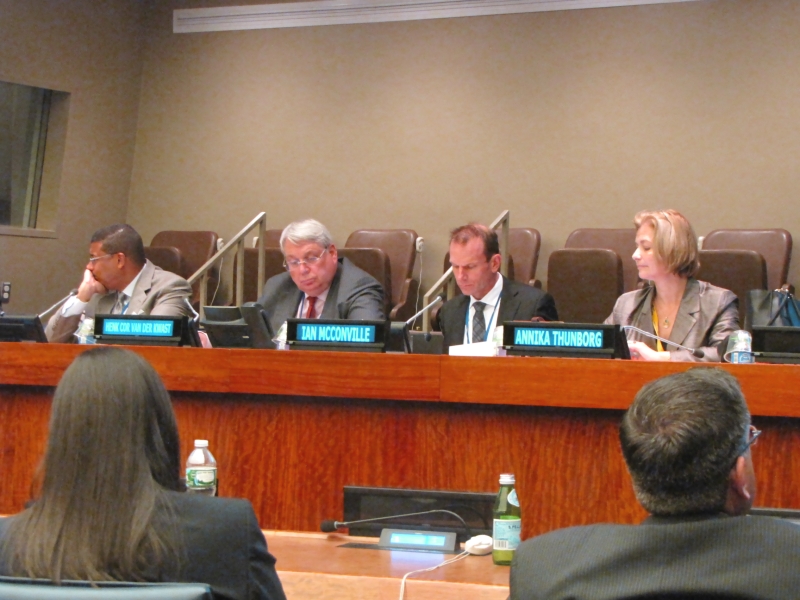 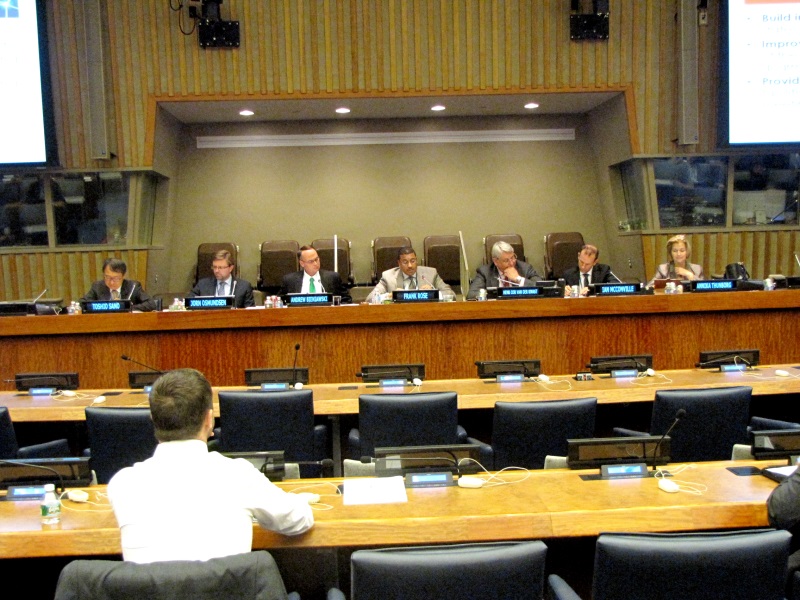