On August 11, the Public Law Center (CDP) which belongs to the Law Faculty (FDD) of the University of Lome organized a panel discussion on the use of chemical weapons during the First World War at the auditorium of the University of Lome. The activity was organized in partnership with the United Nations Regional Centre for Peace and Disarmament in Africa (UNREC) and with the support of the Institute Francais of Lome.

As part of the commemoration of the centenary of the beginning of the First World War, the event consisted of panel discussion with specialists inspired by two documentary films; Fires: Ich Liebe Dich displayed the human suffering and experiences caused by chemical weapons in the Iran-Iraq conflict and the second film outlined the history of chemical weapons use and the creation of the Oganisation for the Prohibition of Chemical Weapons (OPCW). UNREC presented a brief history of the use of chemical weapons and various international efforts to ban such inhumane weapons. 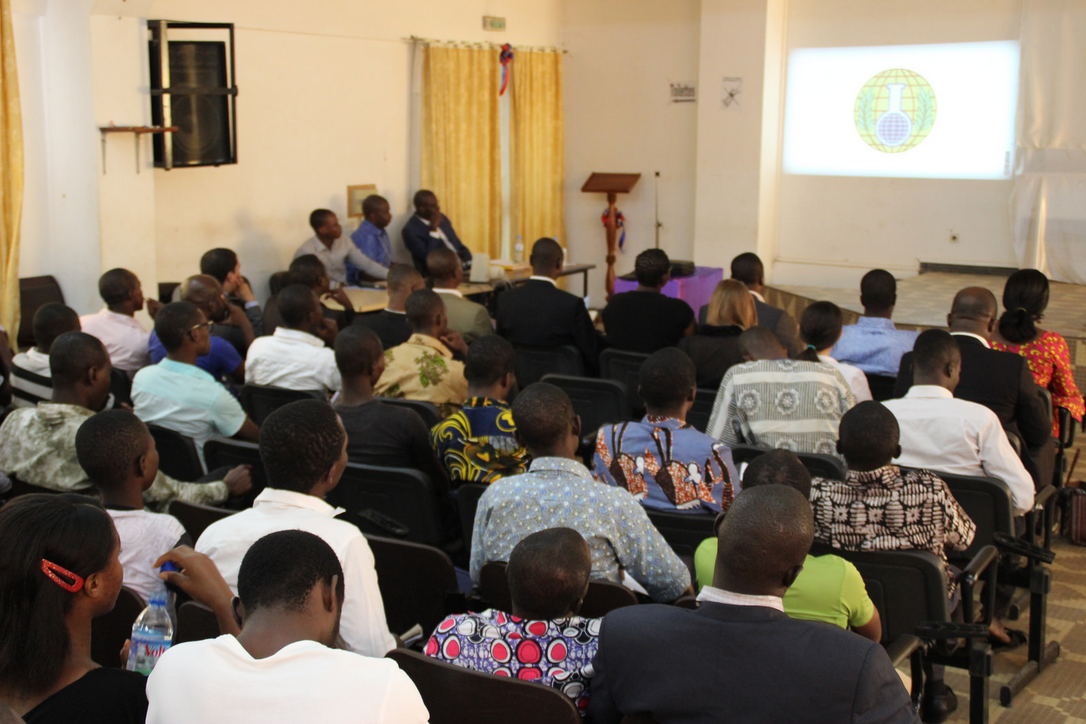 With the two documentary films as starting points, the panel discussed the different aspects of the use of chemical weapons and its effects, ranging from trauma and health impact on the victims to environmental effects. The panel constituted of Professor David Dosseh, a medical surgeon, Dr. Alida Assemboni, an Environmental Law specialist, Dr Kossivi Hounake, a specialist on Laws of War, and of Ms. Koutchoukalo Tchassim Director of the Confucius Institute at the University of Lome.

The conversation that ensued with the audience, composed mostly of students from the University of Lome allowed the panel to further elaborate on the topics being discussed. At the end of the meeting, the participants expressed their gratitude to the organizers for the quality of the discussion. 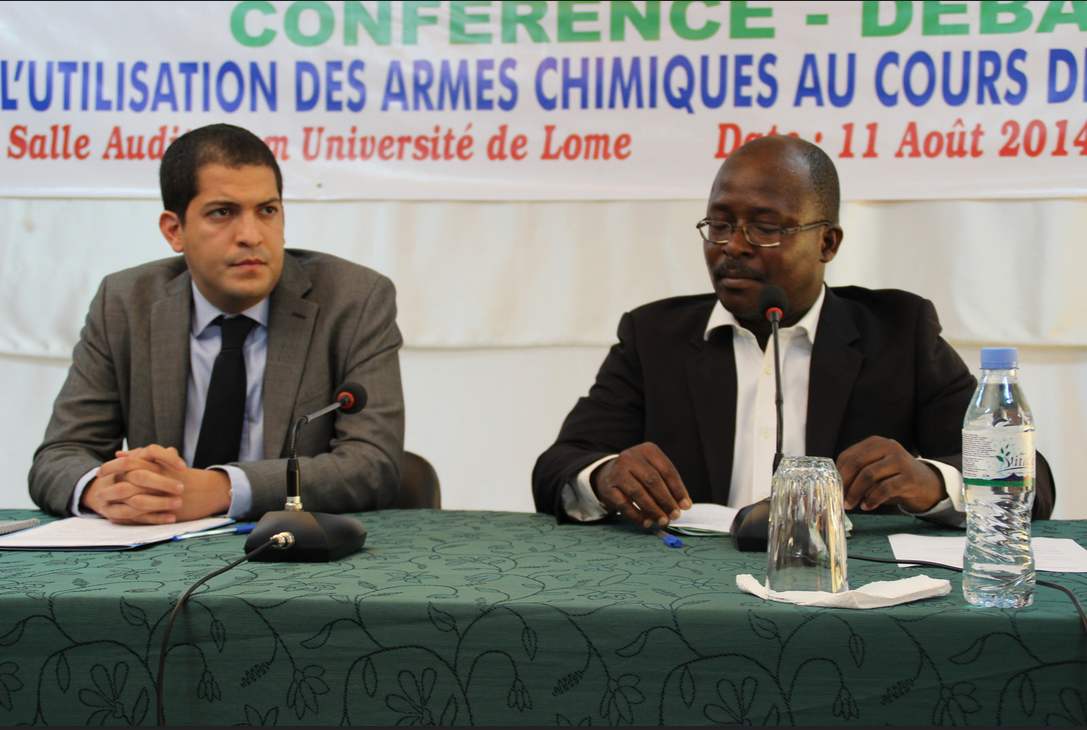