On Monday 14 April 2014, the Global Day of Action on Military Spending, an event titled “world military spending: trends and implications” took place at UN headquarters in New York. This event was co-organized by the Stockholm International Peace Research Institute (SIPRI) and the UN Office for Disarmament Affairs (UNODA), with the sponsorship of the Permanent Mission of Japan.

Ms. Virginia Gamba, the Deputy to the High Representative for Disarmament Affairs, welcomed the participants and opened the event, noting that “this initiative was started in the year 2011 and has since been marked every year around the world to raise awareness of the issue of military spending.”

The Deputy Permanent Representative of Japan to the United Nations, H.E. Mr. Kazuyoshi Umemoto made some additional opening remarks. He reminded the audience of the current ongoing UN Disarmament Commission, with the most important theme tackled being “confidence-building measures in the field of conventional weapons”. He noted “how sharing data between states was one of the most promising ways to achieve transparency” and disarmament. That was what, in his words, SIPRI and UNODA were promoting in a most objective manner. He concluded his remarks by saying that “we, as the international community, need strong political will and I hope that we can make use of today’s discussion for our future endeavors.”

Dr. Anthony H. Cordesman made a presentation focused on the Middle East and military spending in that region. He also said that some figures needed to be questioned. For instance, he mentioned that military expenditure data are not equal as some do not include data on spending on nuclear weapons. He also warned about what countries actually report. It is important to question what they buy: “some countries will end up paying more for the exact same arms than what their neighbours spent”.

Dr. John Feffer stated that Asia had for the first time last year surpassed Europe in terms of volume of military spending. He described what he insisted was “the incredible arms race that is taking place today”, calling it a “reciprocal military expenditures” by neighbours in the Asia-Pacific region. He underlined the contradiction between the enormous military spending in the region whilst there is no overt war going on there. According to him, all countries are spending too much on military expenditures and that the military budget should be directed toward other budget priorities, such as climate change.

Mr. Hideki Matsuno from UNODA concluded the discussion by seeking to encourage transparency in military expenditures through reporting by Member States to the UN Report on Military Expenditures (MILEX). He noted that some regions that saw a large increase in military spending last year, such as Africa and Asia. These were also the regions that have very low participation in the MILEX instrument. While the participation by member States in the MILEX needs improvement, with less than one-third of States submitting reports in the last few years, most of the States with large military budgets do report to the MILEX.

Article and photographs by Sophie Durut 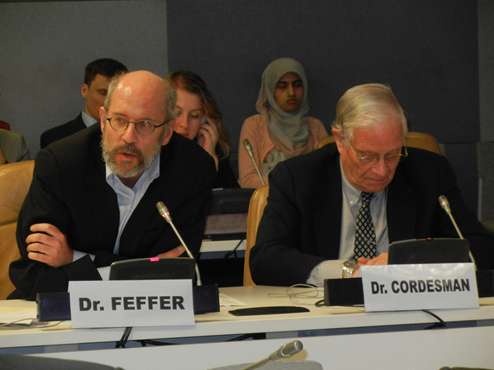 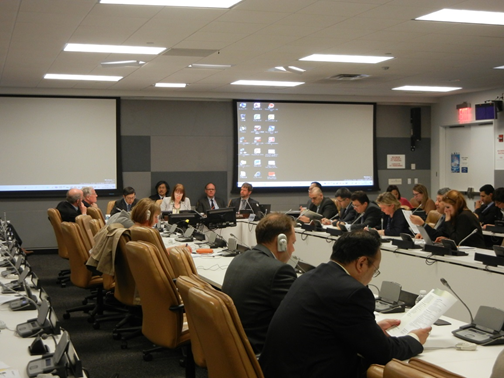