54th Session of the Commission for Social Development

The Commission for Social Development concluded its fifty-fourth session (CSocD54), approving three draft resolutions for adoption by the Economic and Social Council with one on Africa’s development, traditionally endorsed by consensus, requiring a rare vote to address the United States’ concerns over language around trade issues, and more generally, “the right to development”.

In closing remarks, Commission Chair Ion Jinga (Romania) said the Commission had taken stock of achievements and challenges in countries, regions and around the world in reducing poverty and inequality and creating jobs. “Poverty continues to be the greatest global challenge of our time,” he said, stressing that millions of workers continued to fall behind and too many people lacked access to education, gender equality and climate change mitigation services. He had been impressed with the resolve to strengthen the Commission in the follow-up to the 2030 Agenda for Sustainable Development.

To create momentum, he said, the session had called for integrated economic and social policies, devised with the engagement of a broad range of stakeholders to give life to a shared vision. With that, he thanked participants for their spirit of cohesion and solidarity.

The CSocD54 took place at UN Headquarters in New York from 3 to 12 February 2016 under the priority theme “Rethinking and strengthening social development in the contemporary world”. This year was devoted to the policy segment of the cycle. The CSocD54 was an important one, as it was the first session after the adoption of the 2030 Agenda for Sustainable Development. Read more.. UN Secretary-General’s Remarks to the CSocD54 Members of the Bureau 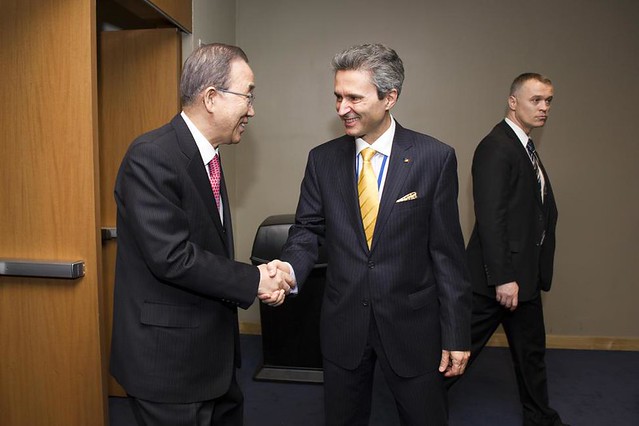 Join us on Twitter by using the hashtags #SDGs #CSocD54