The theme of International Day of Older Persons 2016 is

Take a Stand Against Ageism 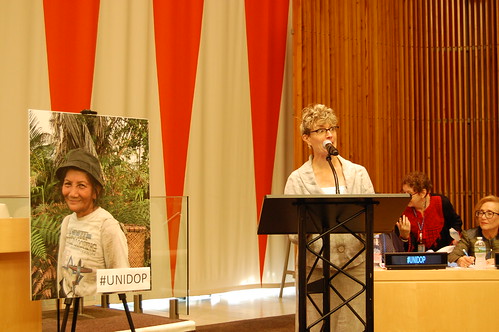 The 2016 United Nations International Day of Older Persons (UNIDOP) (1 October) will take a stand against ageism by drawing attention to and challenging negative stereotypes and misconceptions about older persons and ageing.

Ageism is a widely prevalent and prejudicial attitude that stems from the assumption that age discrimination, and sometimes neglect and abuse of older persons is a social norm and therefore, acceptable. It is a reality in some form in all societies, and finds expression in individuals’ attitudes, institutional and policy practices, as well as media representation that devalue and exclude older persons. In 2014, Governments around the world adopted a resolution (E/RES/2014/7) at the Economic and Social Council that recognized ageism as “the common source of, the justification for and the driving force behind age discrimination.”

Such discrimination shapes how older persons are treated and perceived by their societies, including in medical settings and workplaces, creating environments that limit older persons’ potential and impact their health and well-being. The failure to tackle ageism undermines older persons’ rights and hinders their contributions to social, economic, cultural and political life.

The 2016 commemoration of the United Nations International Day of Older Persons at UN Headquarters in New York will take place on 6 October.